We’ve checked 250 artificial roller nestboxes between 30th May and 6th June, that were installed during the project in the western part of Romania. The first control targeted two main areas where the roller density is highest, whit the aim to find out the occupation rate and the stage of breeding. 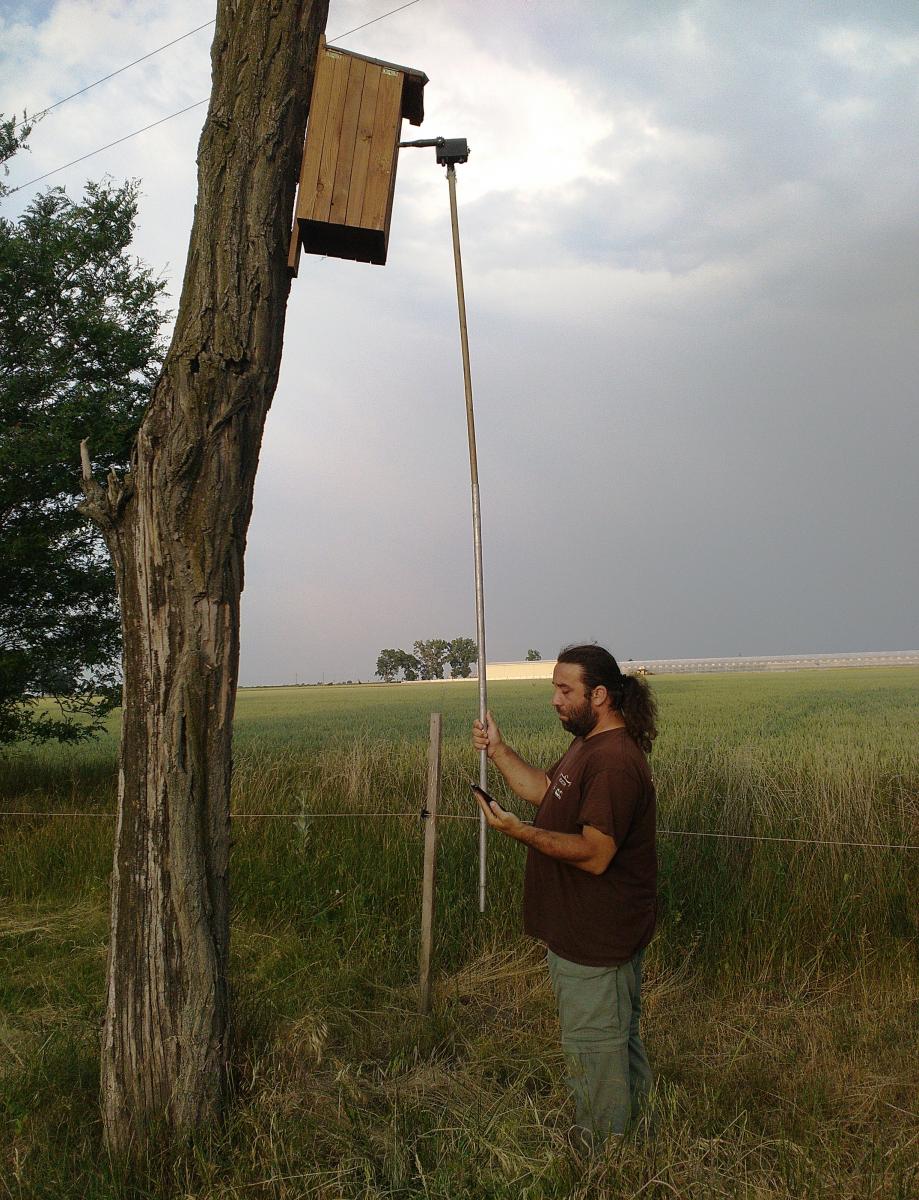 The contents of the nest can be easily shown on a mobile phone screen with this new device (Photo: Milvus Group).

In the following days, between 7th and 10th June, two teams captured adult birds in order to tag them with geolocators.

In total, a number of 25 rollers were captured, and equipped with locators, marked with individual color ring combinations, as well as blood samples were taken for a malaria study.

Geolocators are small devices that are mounted on the back of the bird with a slim harness. They will serve to detect the rollers migration routes but they do not send GPS data like satellite tags. Instead they locate the birds based on the alternations of day and night, thus determining on which hemisphere and near which longitude ​​the bird is. The birds need to be re-captured the following year in order to download the data gathered by the geolocators. 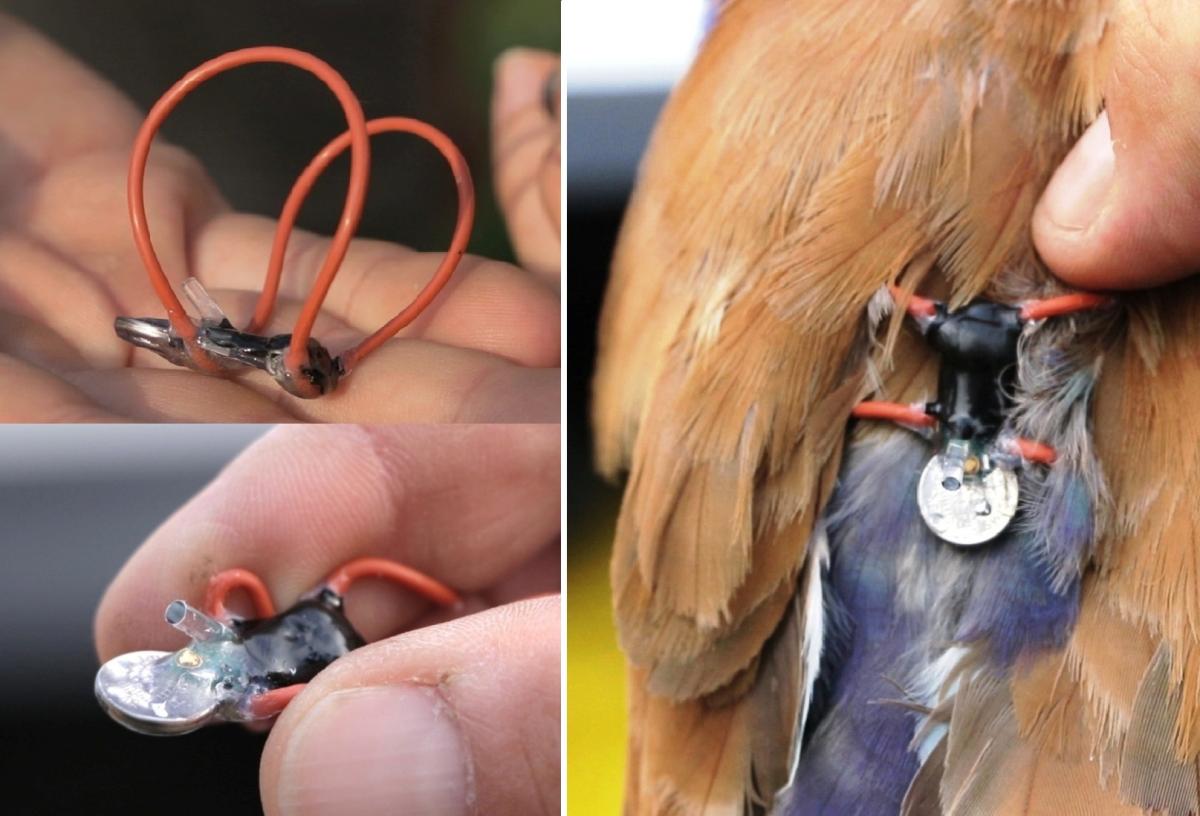 Geolocators before installation (left) and fixed on the Roller’s back (right) (Photo: Mikulaj Sándor). 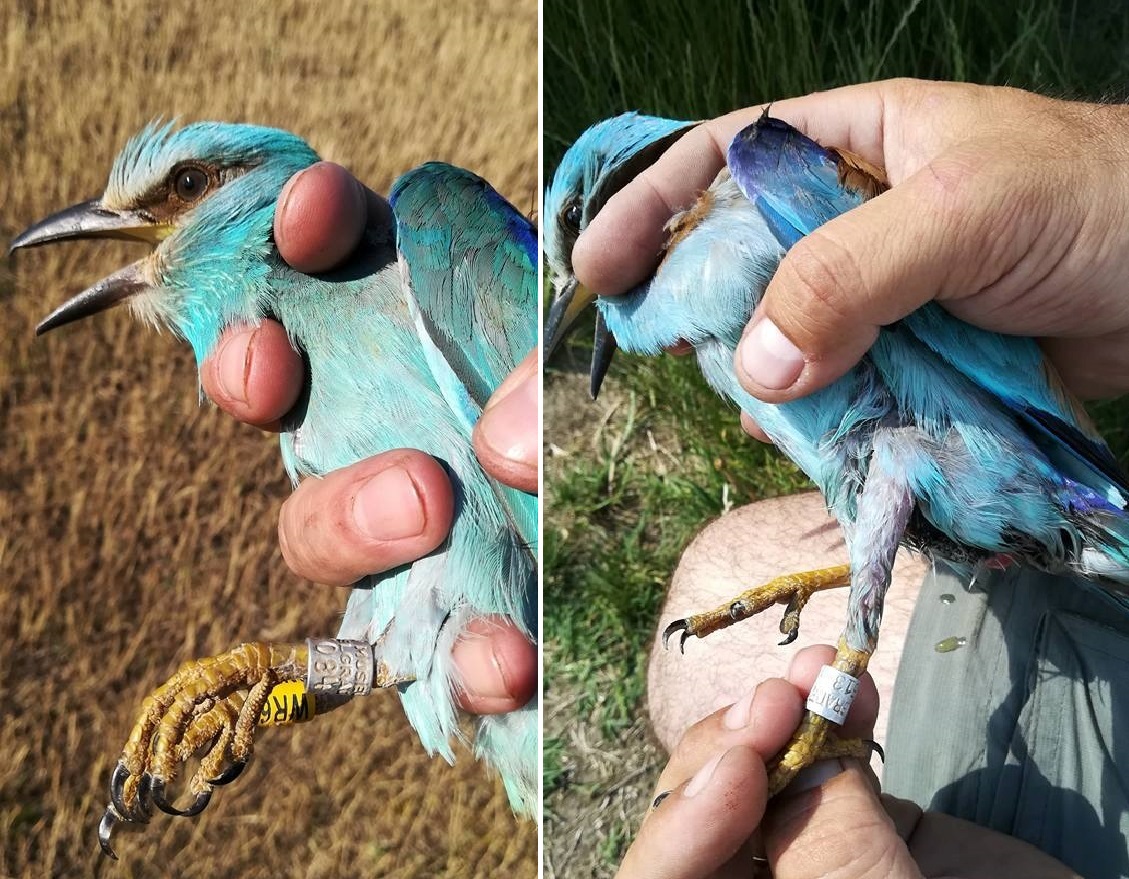