The breeding roller population have doubled in Örjeg

After several decades, in 2012 the roller was recorded again as a breeding species in the Dél-Örjeg  Natura 2000 site (HUKN20032). This is a result of nature-friendly grassland management techniques that have been prevailing in the area for the last few years. Such practices include the use of a special fixture of chains on agricultural machinery to alarm and flush small game to avoid serious injuries, specific reaping techniques, leaving refuge strips and patches of uncut grass, extensive grazing etc. Equally importantly, nest boxes were installed for rollers by means of a previous project (IPA Crossborder Cooperation Programme). 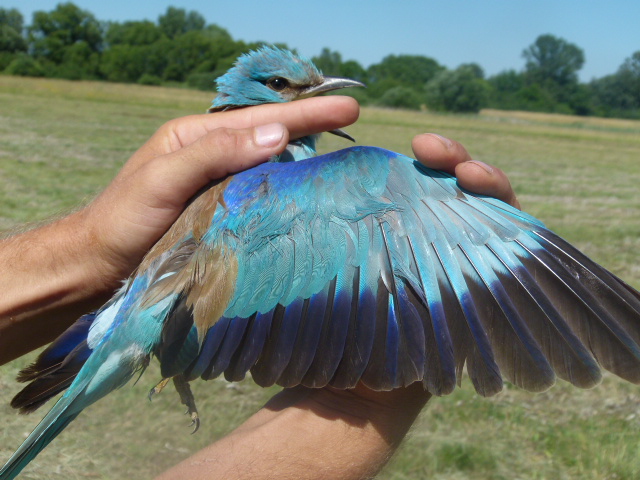 In 2015, apart from the ‘stable’ breeding pair in the Vörös-marsh Nature Conservation Area, a second pair fledged young for the first time. That is, just in time for the 40th birthday of the Kiskunsági National Park Directorate, the local roller population has doubled! As the species became locally extinct in the 1970-80s, this is a remarkable and long awaited change that resulted from the specific actions of the Roller LIFE project. 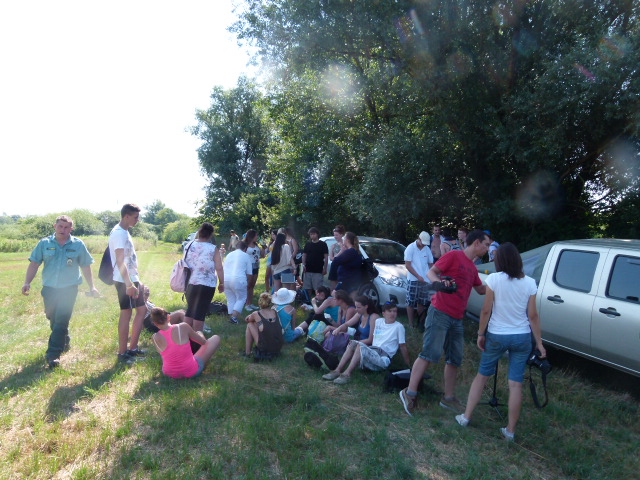 This colourful bird is one of our strictly protected lowland species. It frequents habitats that are formed by a diverse mosaic of grasslands, arable fields, clusters of trees and old tree specimens standing alone. As the roller nests in cavities made by woodpeckers, or created by natural processes of tree growth and decay, old trees are of great importance to this species. The roller feeds exclusively on animals, mainly large beetles and orthopterans, but it also preys upon rodents, lizards, grass snakes and amphibians. 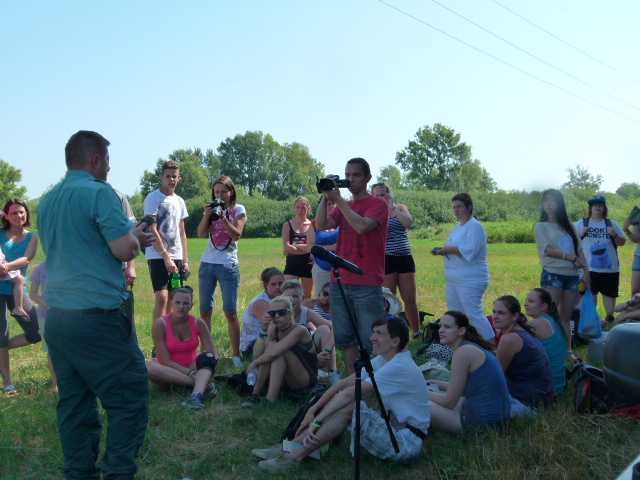 Above all other threat factors, the disappearance of old ‘habitat’ trees and groves as well as the loss of foraging grounds must be mentioned. The cessation of grazing and extensive management of hay meadows has resulted in the spontaneous reafforestation of grasslands thereby shrinking potential hunting areas. Further risk factors are electrocution, collision with cars, and shooting along the migration routes. These all act together to decrease the overall population size of rollers. 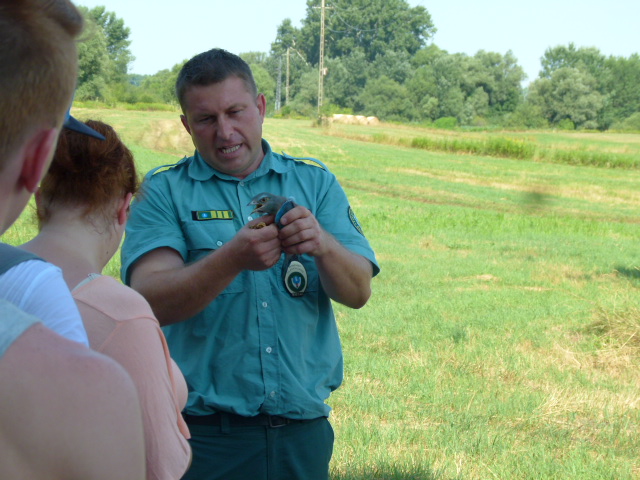 On 22.07.2015, 50 people participated on a field day that was organized to raise awareness about the species. Three roller chicks were ringed during the demonstration.