This month, we are introducing the Hevesi Plain SPA (HUBN10004), a project site of the Bükk National Park Directorate. This region partly belongs to Heves-, and partly to Jász-Nagykun-Szolnok county. Its area is 49.000 ha. As a Special Protection Area (SPA), its most important natural asset is its bird fauna, including the roller among many other threatened and rare species. 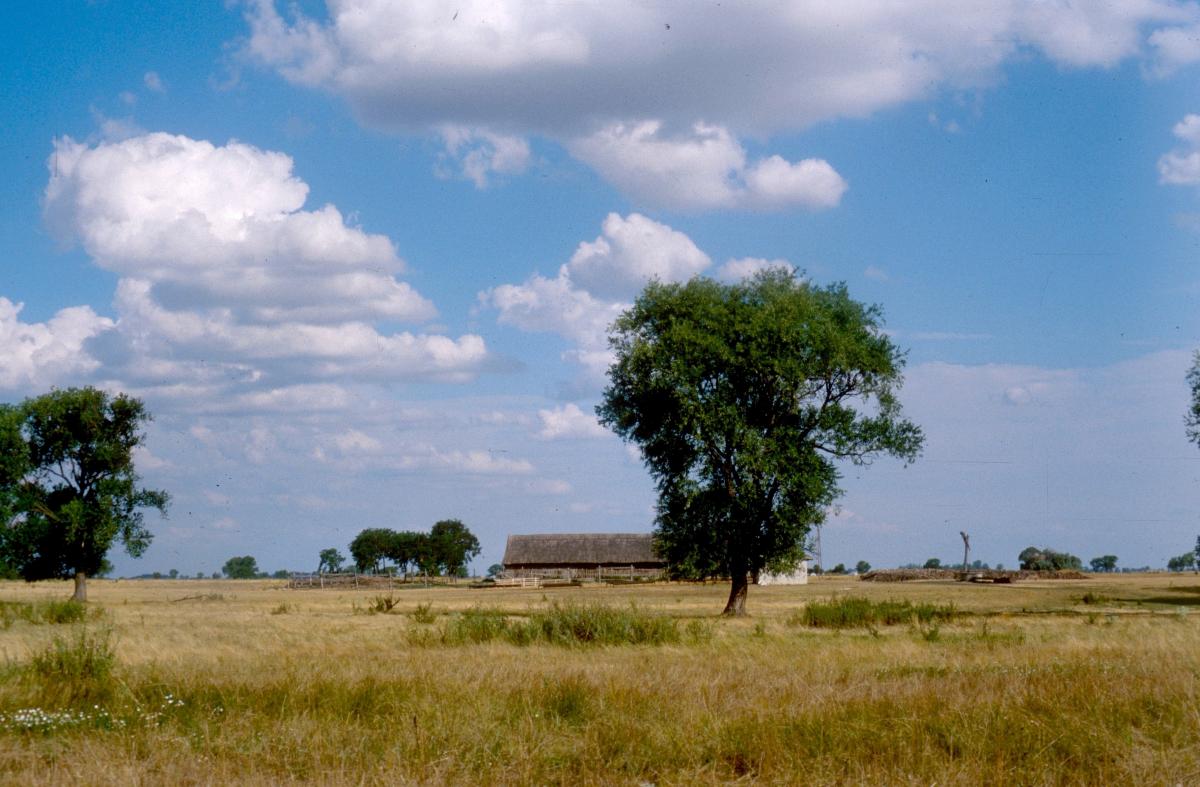 On account of its outstanding diversity in terms of bird species, the Heves Steppes Landscape Protection Area is also part of the network of Important Bird Areas (IBA). Out of the 428 bird species recorded in Hungary, 258 have been observed here! The landscape mainly consists of extensively cultivated arable land, but there are also pastures and grazing livestock to be found here.

As a typical species of the steppes, a considerable breeding population of rollers can be found here. The number of routinely monitored roller nest boxes exceeds 250. Most of these have been installed by the staff of the Bükk National Park Directorate, while about one third of them is handled by the Bükk Local Group of BirdLife Hungary (MME). Creating nesting habitat by the installation of artificial nest boxes has a more than two-decade-long tradition. The first few nest boxes were installed by Béla Ambrus (MME), and after seeing that the birds accept them, 50 more were placed in the area.  These nest boxes are now managed by the National Park. 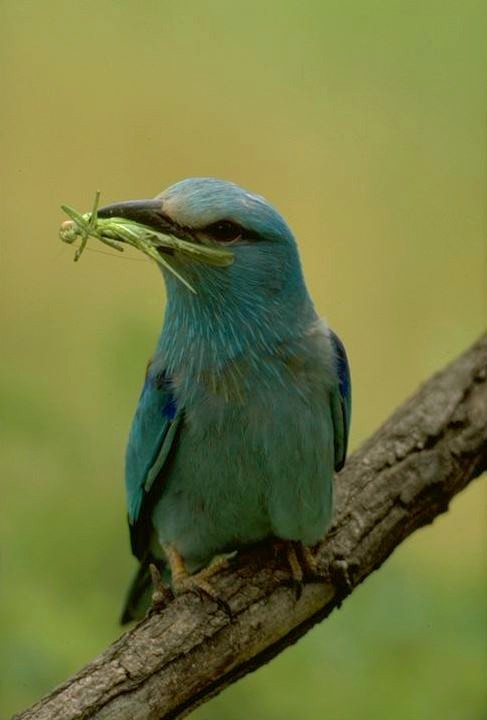 Other characteristic species of the puszta also occur here, such as the yellow wagtail (Motacilla flava), the lesser grey shrike (Lanius minor), the corn bunting (Miliara calandra) and the great bustard (Otis tarda).

As for raptors, the saker falcon (Falco cherrug) is among the most significant ones. Many white-tailed eagles appear in the area during the winter months. Raptor species are censused annually in January across Hungary.

The red-footed falcon (Falco vespertinus), and the Montagu’s harrier (Circus pygargus) populations are rather vulnerable, whilst buzzards (Buteo buteo), marsh harriers (Circus aeruginosus), and kestrels (Falco tinnunculus) are quite common in the area. 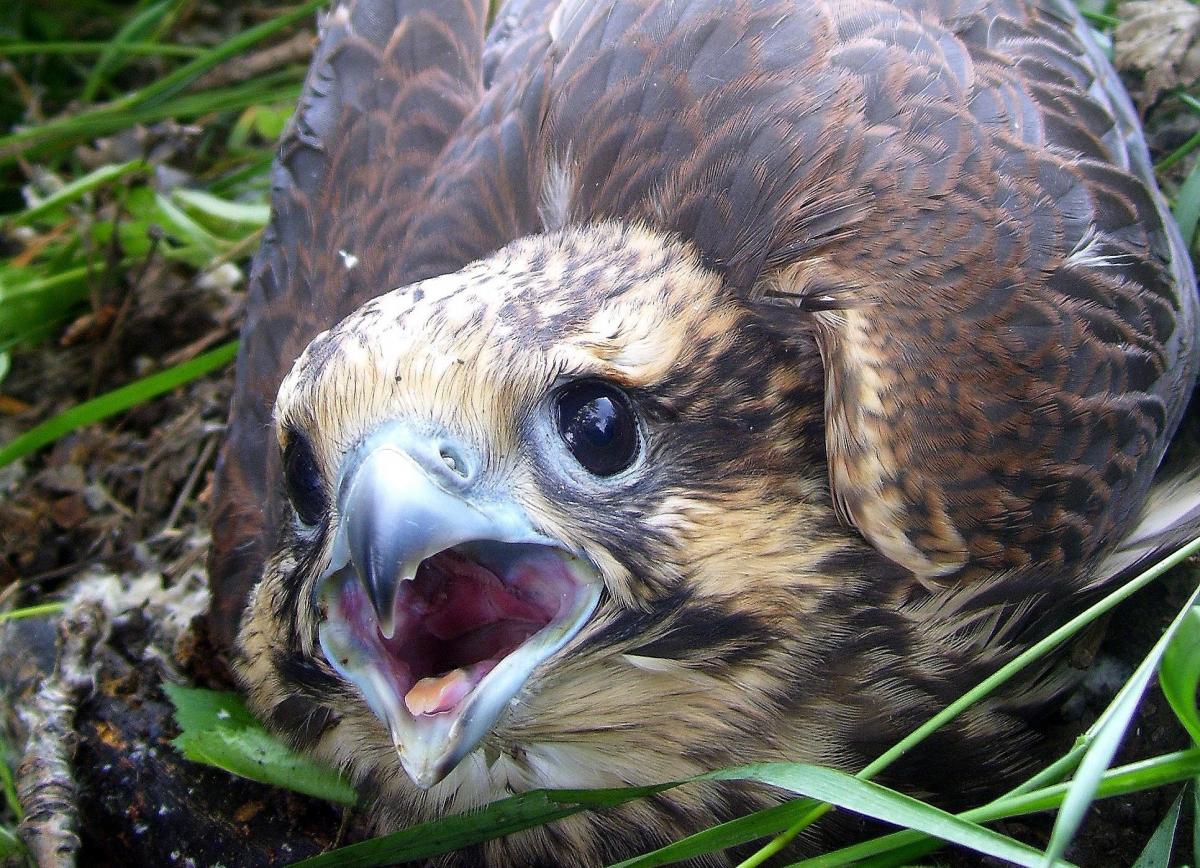 The project site also boasts breeding imperial eagles (Aquila heliaca). This species is becoming more and more common on the plains after a few decades of being limited to the mountainous regions. Thanks to the specific conservation activities and the collaboration with the local farmers the imperial eagle population is now stable in the area. Volunteers have guarded the eagle nest site for 3 breeding seasons, observing and recording the behaviour and development of the chicks and preventing harmful disturbance, coordinated by national park ranger János Sasvári, within the framework of the imperial eagle conservation project. 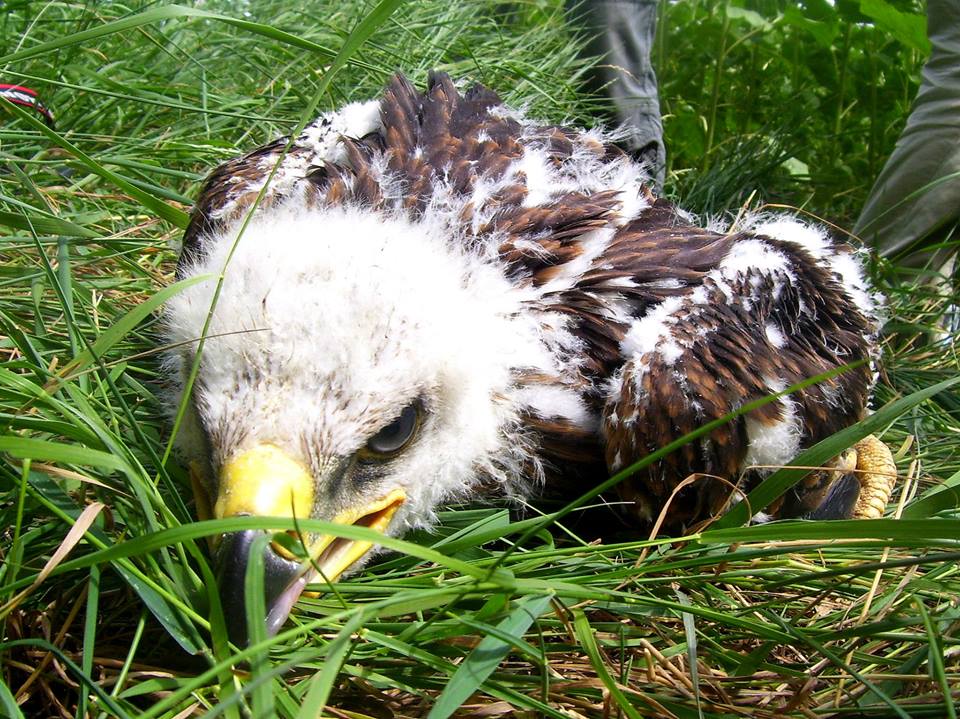 Ringing the imperial eagle chick that had been watched over by volunteers. June 2014 (Photo: Flóra Hák).

As a rare sighting, ranger Péter Borbáth observed a flock of 19 griffon vultures (Gyps fulvus) near the settlement of Pély on 23rd September 2015. The wing tags were clearly visible on 3 individuals, that were identified as being tagged in the Uvac Ravine in Serbia. The number of vagrant griffon vultures in Hungary has never been more than 1 or 2 individuals per annum, except for 1926, when 11 birds were observed. 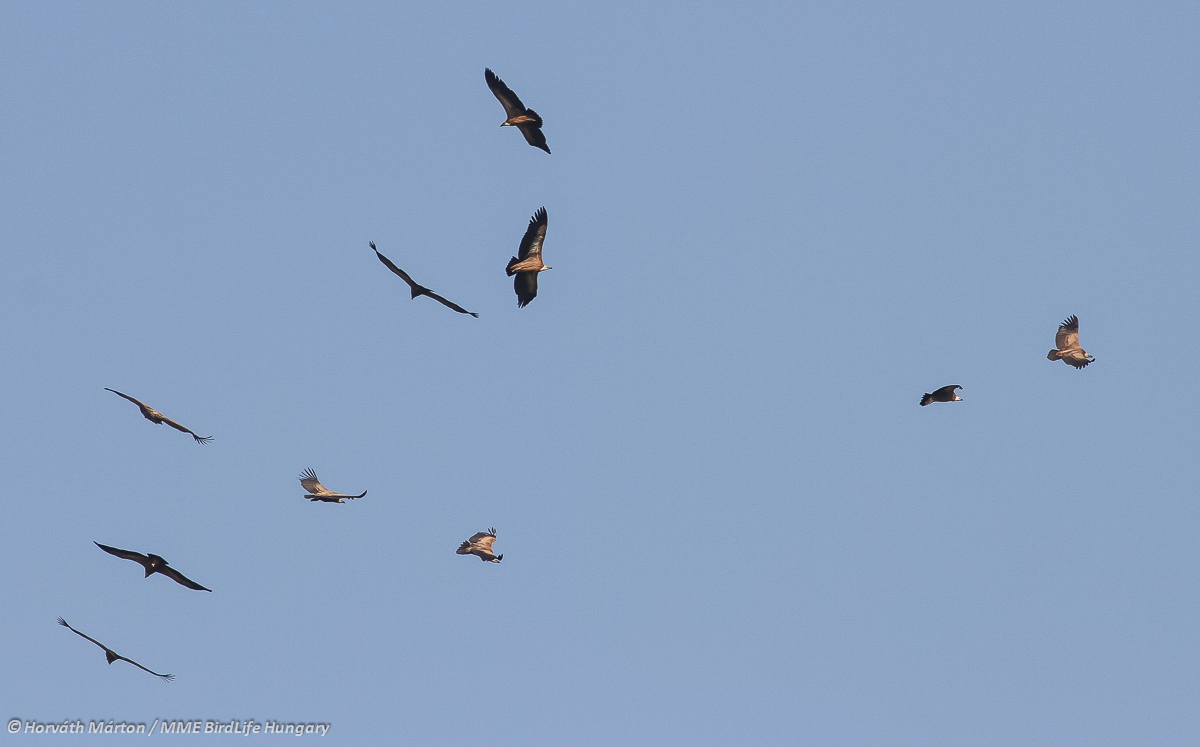 However, not only the bird fauna is worth mentioning among the natural riches of the Hevesi Plain. According to the zoological survey data of the Bükk National Park Directorate, the wild cat (Felis sylvestris), the otter (Lutra lutra) and the steppe polecat (Mustela eversmanni) are among the typical mammals of the area. The hare (Lepus europaeus) and roe deer populations (Capreolus capreolus) are stable. The agricultural activities create a fair amount of cull among roe deer fawn, providing the local eagles with easy meals, which is especially helpful in the chick rearing period. Other raptors prey upon voles, field mice and shrews that are also abundant in the area. 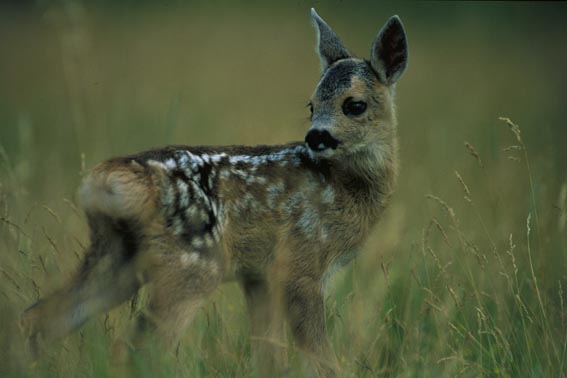 The invertebrate fauna is also rich and abundant in the area, the large number of orthopterans provide fine prey for rollers. We often find remains of flower beetles, longhorn beetles and carabids during nest box monitoring. 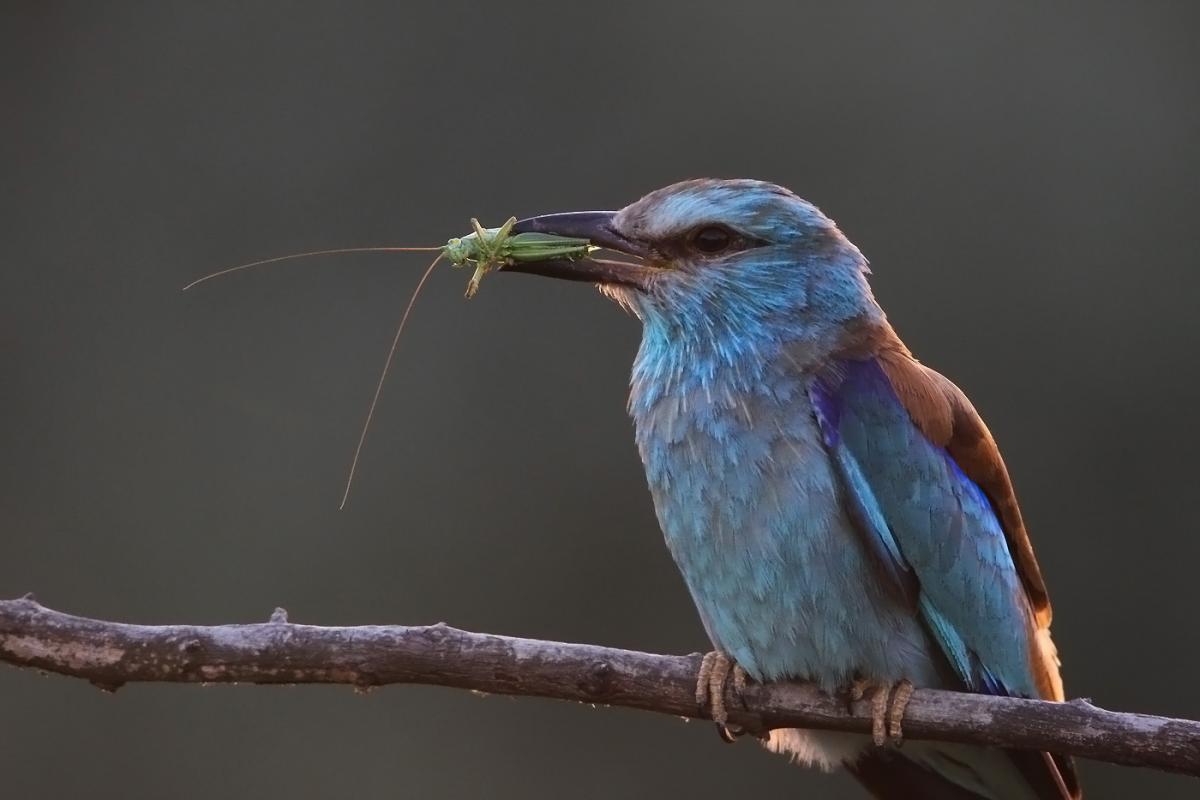 The LIFE project on roller conservation will – among other activities- aim to the increase the number of nest boxes in the suitable habitats of the area. Hopefully our colour-ringed birds will provide useful information on young birds such as their range and territory occupation. 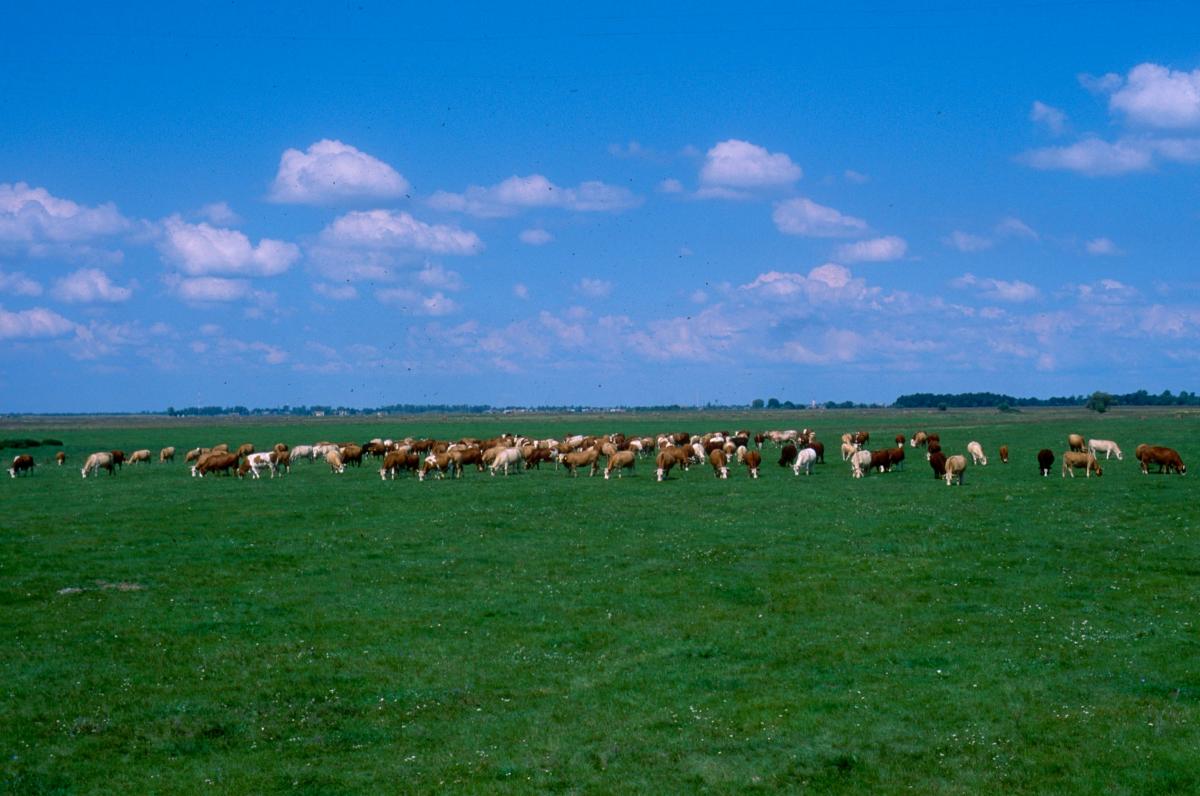