A roller from the Upper Kiskunság was tagged

This year we had the opportunity to apply a satellite tag on a roller in the Apaj region. 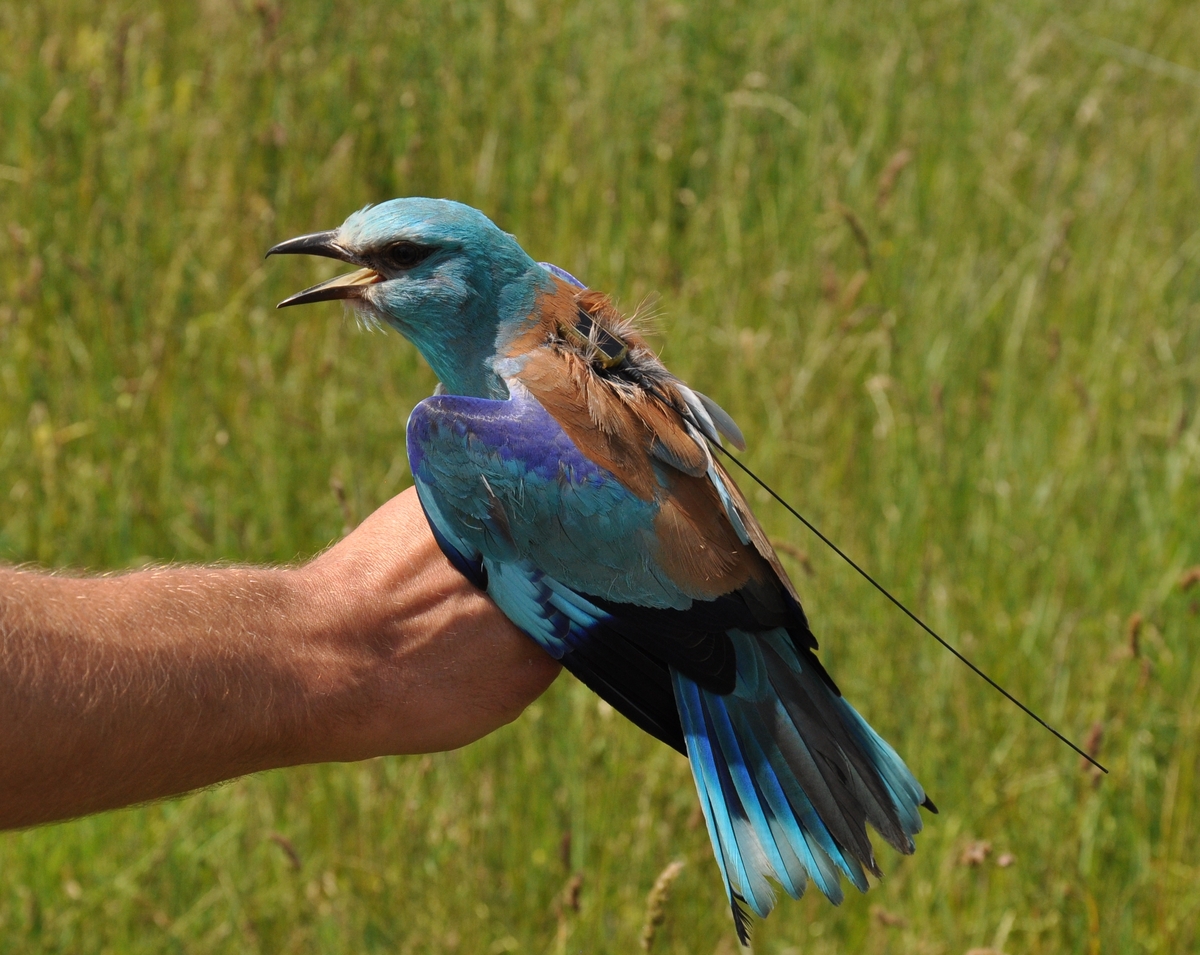 Thanks to the decade-long efforts, this region boasts a strong population of rollers. Based on previous observations, we aimed at capturing, and marking a bird that arrived early to the breeding grounds. We have visited several sites, and finally located an individual in a grove in the midst of the puszta. The bird was named "Eleven" (meaning lively in Hungarian). The tag was aptly fitted, and will hopefully provide us with useful information. 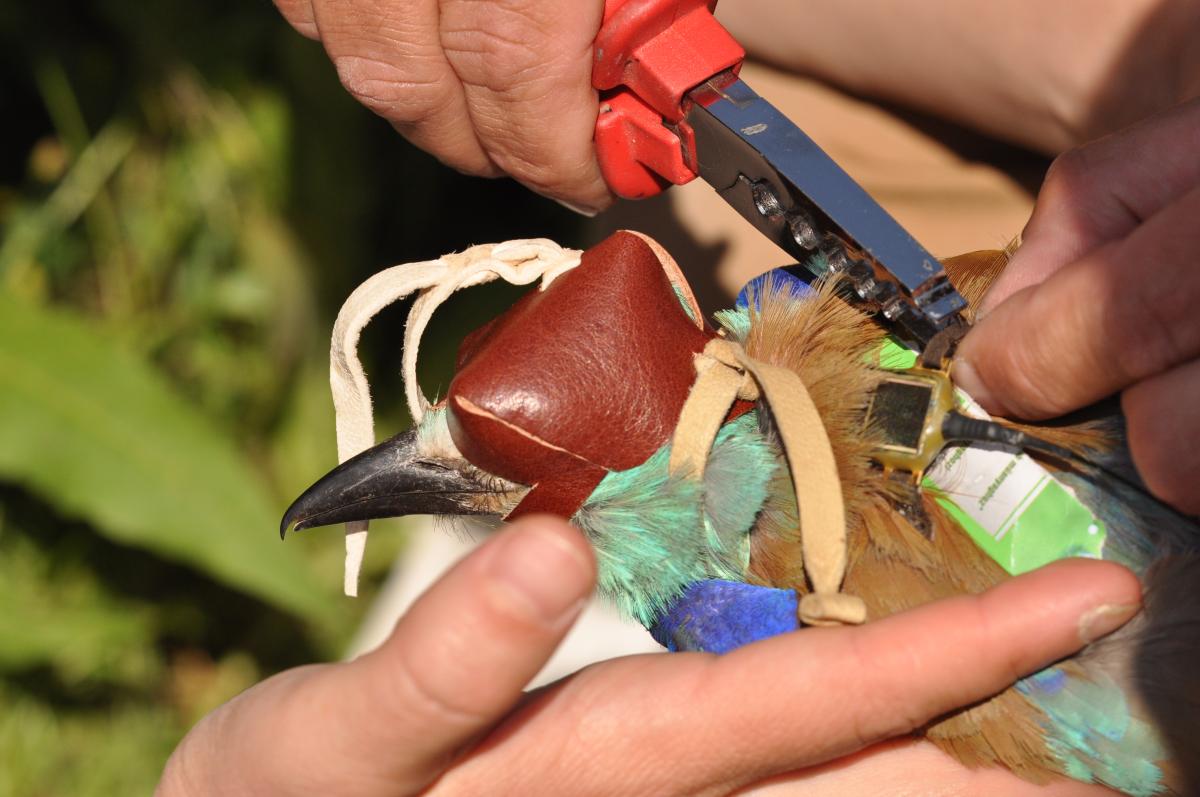 We captured and marked several adult birds during the day, one of them had been ringed 5 years ago. We have found quite a few 6-egg clutches, it is a good sign regarding the season. The experienced staff members of the project management team was assisted by enthusiastic volunteers from the Budapest Local Group of BirdLife Hungary, and the colleagues from the  Bird Ringing Centre. 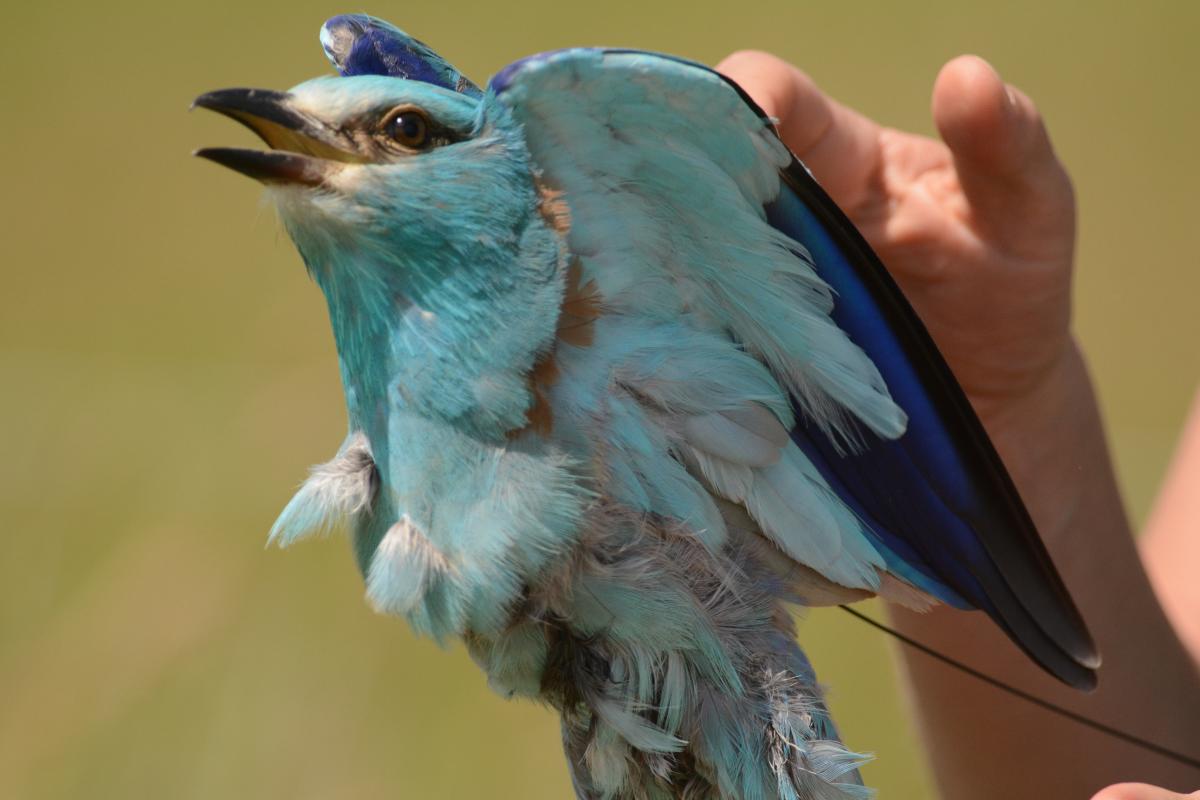 Setting "Eleven" free with a satellite tag on his back (Photo: Csaba Lendvai).