Roller conservation in Upper-Kiskunság – Summary of 2018

This years’ field season has been full of hard work and closed with nice results again. Within the frame of the „Farmers for Roller” program saplings were planted in the area of Bösztör and Tass. Altogether 106 trees were planted with the active help of our volunteers. The repaired nestboxes were also re-installed in early spring to their original locations.

The season has been great: Rollers arrived earlier and in large numbers to the breeding habitats in contrast to 2017, when they only arrived in May. The long-awaited satellite-tagged Eleven showed up in the first days of May, nearly a month earlier than last year. We haven’t met him in person, he did not use the nestbox occupied in the previous years. Unfortunately we were not able to observe him despite of the many attempts. In early September he started the migration to Africa for the third time since carrying his “backpack” breaking the record of the satellite-tagged individuals in Hungary. 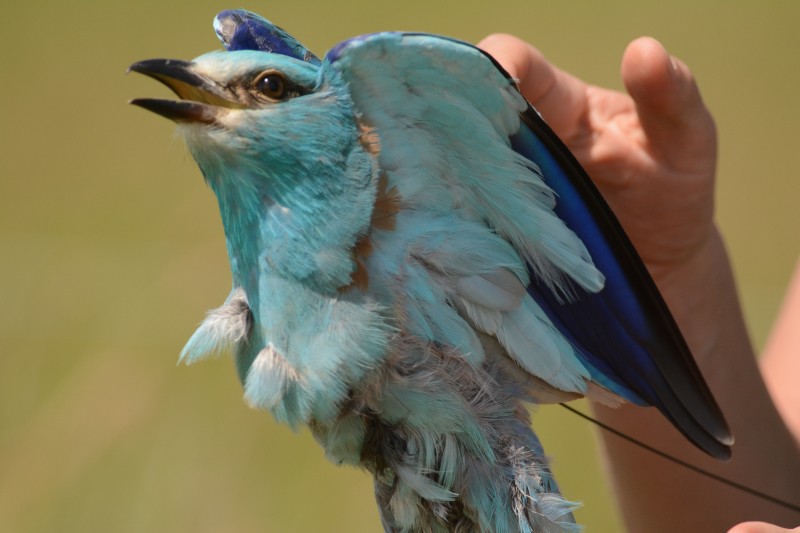 According to the timing of their arrival the birds started the breeding relatively early as well. Data shows that an individual laid eggs around 8th May already and started to incubate them (this time last year most of the birds were still in Africa or moved around the area of Bosporus). Monitoring of nestboxes and ringing of adults started in the second half of May. Altogether 79 adult birds were captured: 36 individuals of them received a new ring and 43 of them have been tagged in the previous years. 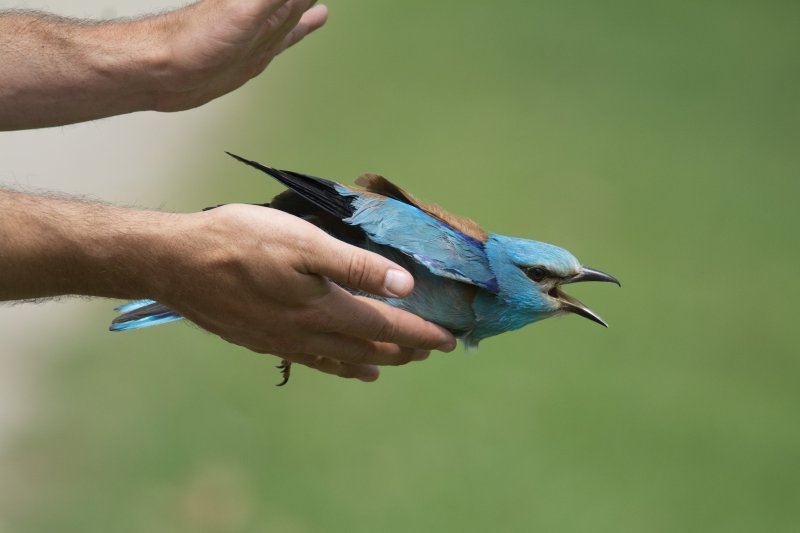 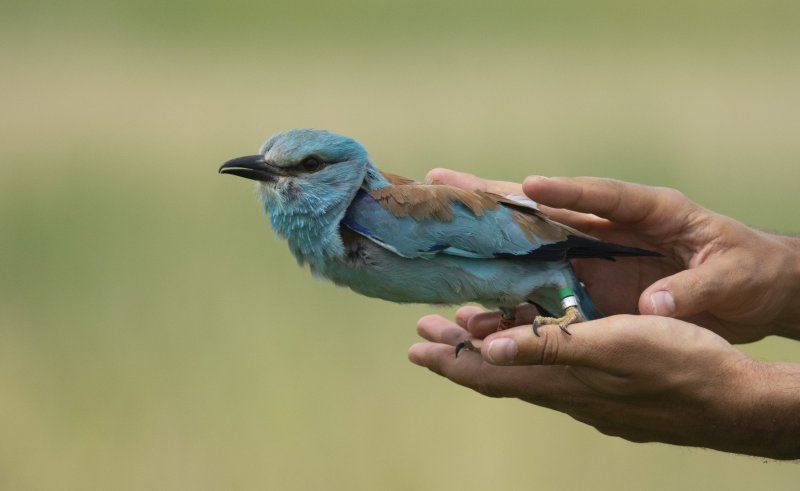 The ornithological ring and the green ring that serves as a location code (Photo: Csaba Lendvai)

Monitoring of nestlings started in the middle of June, when altogether 291 chicks have been ringed. In the area we are maintaining 206 nestboxes altogether. Rollers happen to breed even in the long shaped nestboxes installed for Little Owl, this year we found 3 pairs of them in these nestboxes. In 2018 we also monitored 59 nestboxes installed by Czech conservationists in the area of Kunszentmiklós, Tatárszentgyörgy, Kunadacs, Kunbaracs, Kunpeszér, Ladánybene and Lajosmizse.

The final results are the followings: 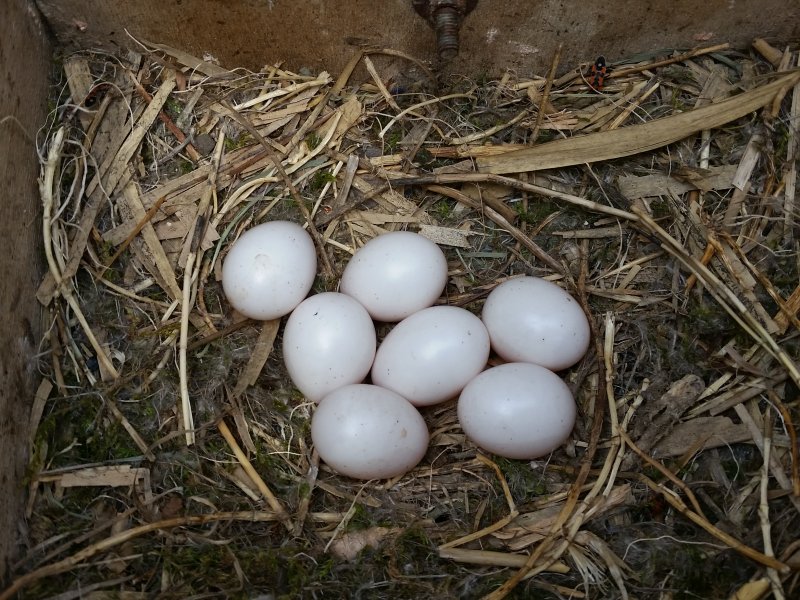 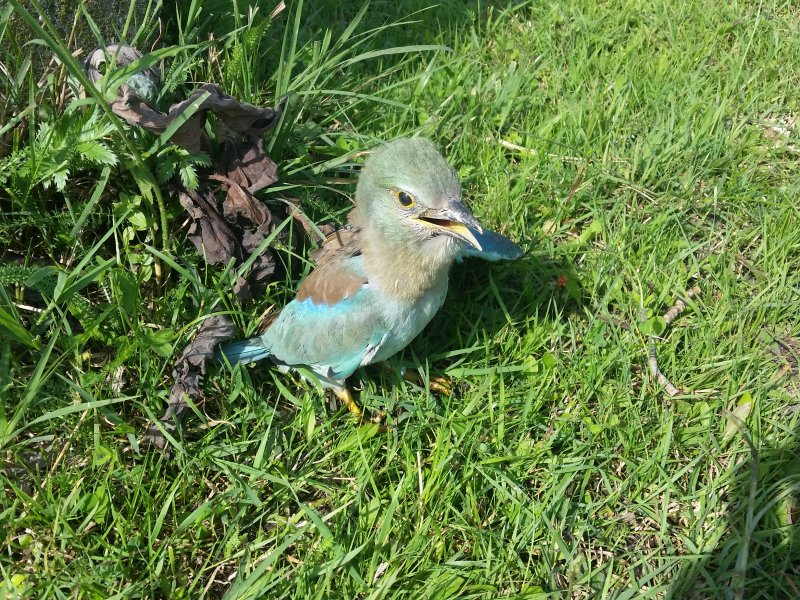 We have also recorded the breeding of Scops Owls in Roller nestboxes in 5 cases. These owls wintering in Africa use every year the big-sized D-type nestboxes in small numbers to breed. In the area of Dömsöd and Bugyi 11 nestboxes were occupied by Jackdaws, and Tree Sparrows were also found in several ones. Compared to previous years, only 2 nestboxes were taken by wild Honey Bees. They were moved out by beekepers successfully. Breeding of Great Tit has been also recorded in 1 nestbox around the municipality of Bugyi.

The work was supported by the European Union LIFE+ project „Conservation of the European Roller in the Carpathian basin” (LIFE13/NAT/HU/000081).