The third project site we'd like to introuduce is the Bihar Special Protection Area. The SPA (HUHN10003) expands across an area of 73200.5 hectares, with a 86-131 metres elevation.

Although it is part of the Natura 2000 network, it is also an Important Bird Area, and fulfils both bird conservation purposes, and the protection of other values as a Special Area of Conservation.

It is located in Hajdú-Bihar and Békés counties and belongs to the territory of the Hortobágy National Park Directorate. 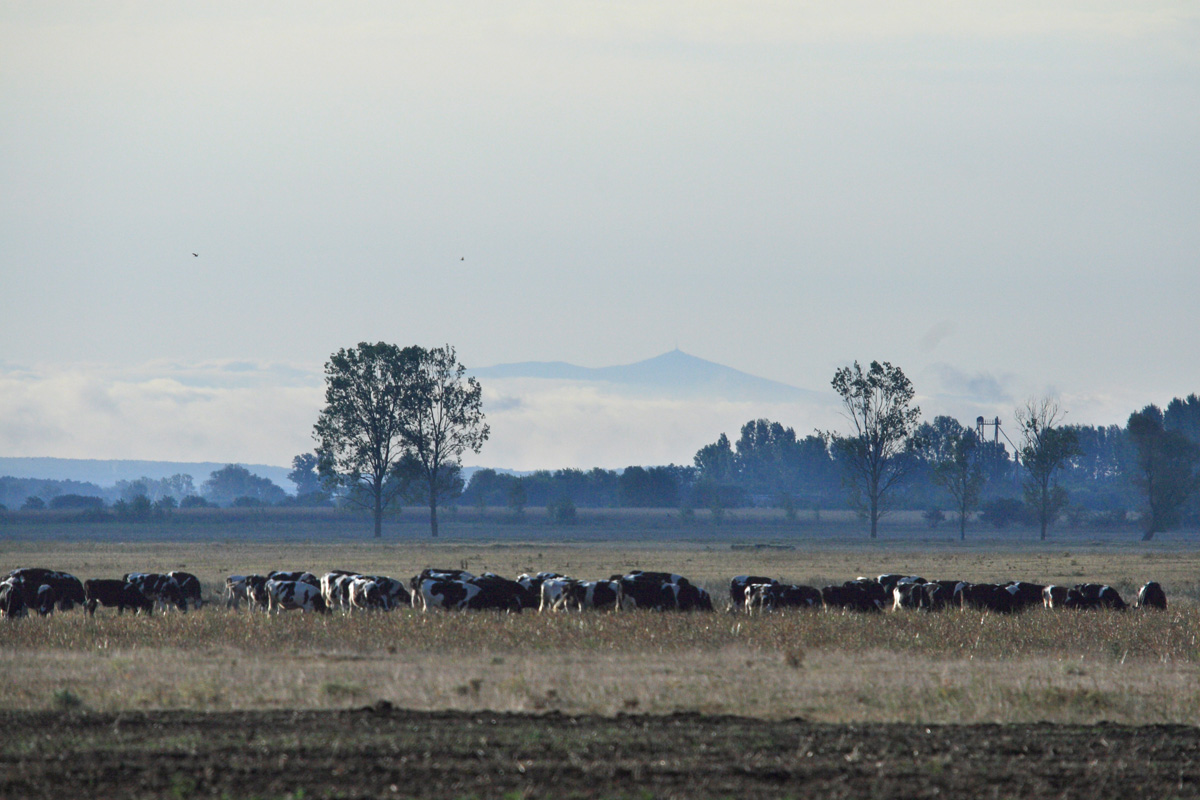 The outlines of the Bihar mountain range are visible in the background (Photo: Zoltán Oláh).

In the 1800s, the Bihar was well known from its marshes, grazed meadows and other wetlands. Extensive drainage works in the 1860s drastically changed the landscape. However, the area is still a unique mosaic of different habitat types that is home to an amazing bird fauna.

The Bihar Plain, the Kis- and the Nagy-Sárrét, the Berettyó-Kálló-köze and the Érmellék provide a diverse landscape of grasslands, forests, arable fields, fallows, salt marshes and other types of wetland. Several remnant patches of saline oak woods and hardwood forests harbour real botanical rarities such as the narrow-leaved helleborine (Cephalanthera longifolia) along the River Berettyó.

Today - as in the olden days - a large portion of the  land is extensively grazed.

The demonstration site in the outskirts of Földes village is a 200 hectare area, maintained by grazing buffalos. It sports a reconstructed selection of the onetime habitats of the Sárrét wetlands. 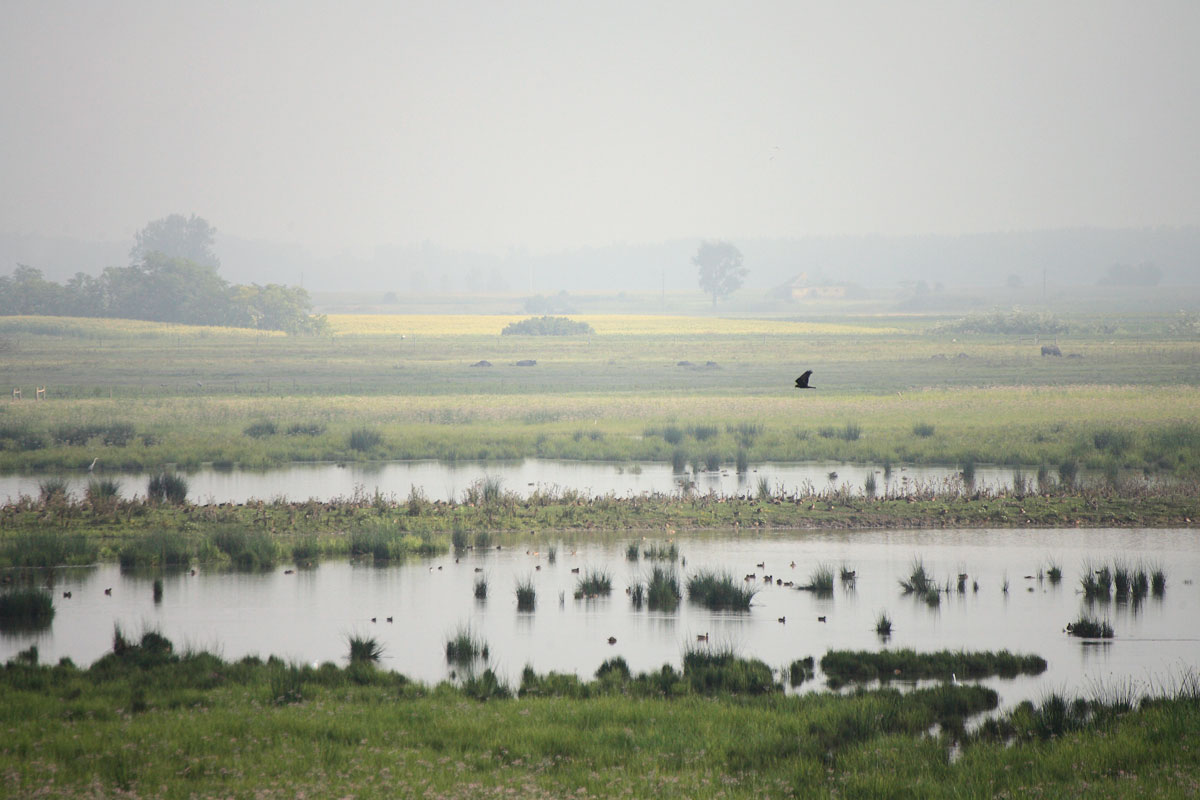 Several strictly protected species are of primary importance for the conservation of the area, such as the great bustard (Otis tarda), the avocet (Recurvirostra avosetta), the red-footed falcon (Falco vespertinus) and the roller (Coracias garrulus). The valuable bird fauna of the Bihar SPA consists of species typical to wetlands and steppes.

The roller is an iconic bird in the Bihar. It breeds in nestboxes and natural cavities alike. This year, the entire area was monitored in collaboration with the National Park  to record all nesting attempts. The conservation action was completed by ringing the chicks, including the use of colour rings in many cases.

The big challenge of the coming years is the exchange of dilapidated nest boxes, and the instalment of new ones. Apart from the rollers, these activities benefit other valuable bird species too.  As  an interesting finding, we’ve recorded rollers nesting within a colony of red-footed falcons and the two species did not seem to mind their companion. 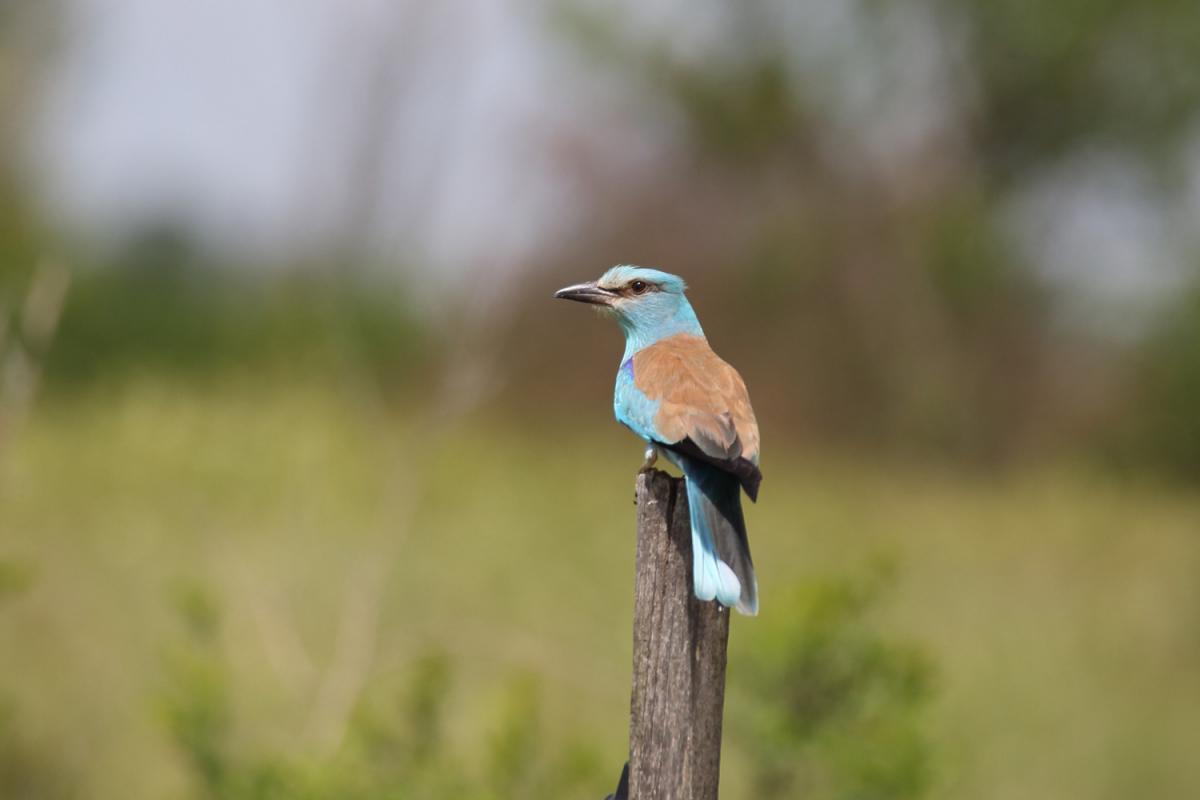 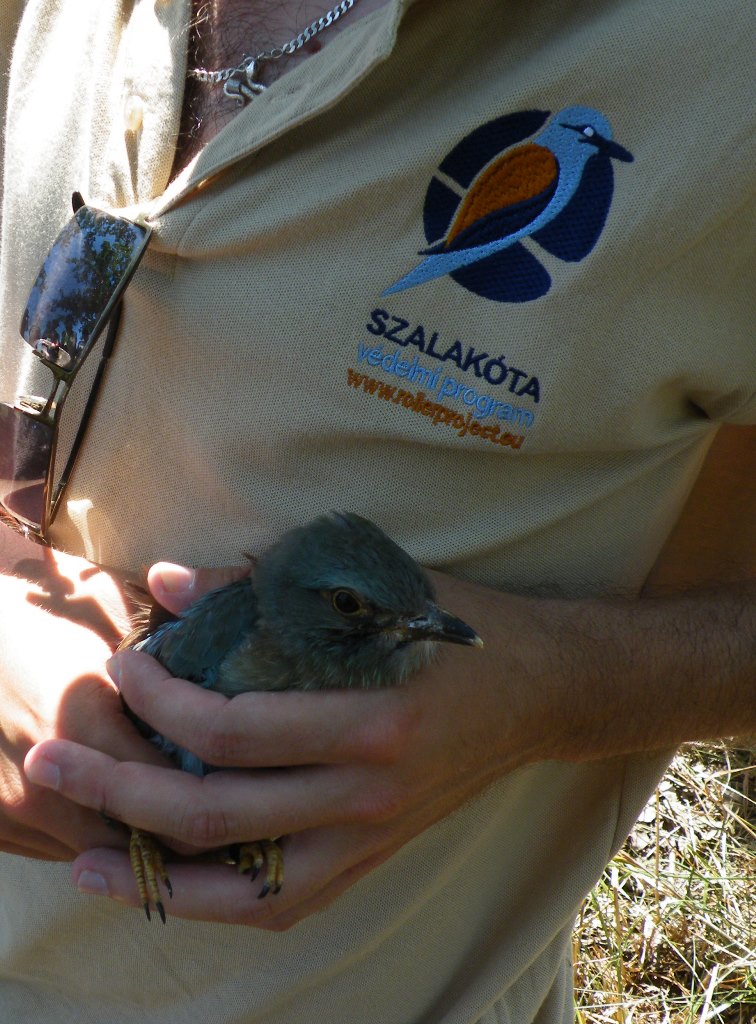 One of the ringed young birds (Photo: András Koczka). 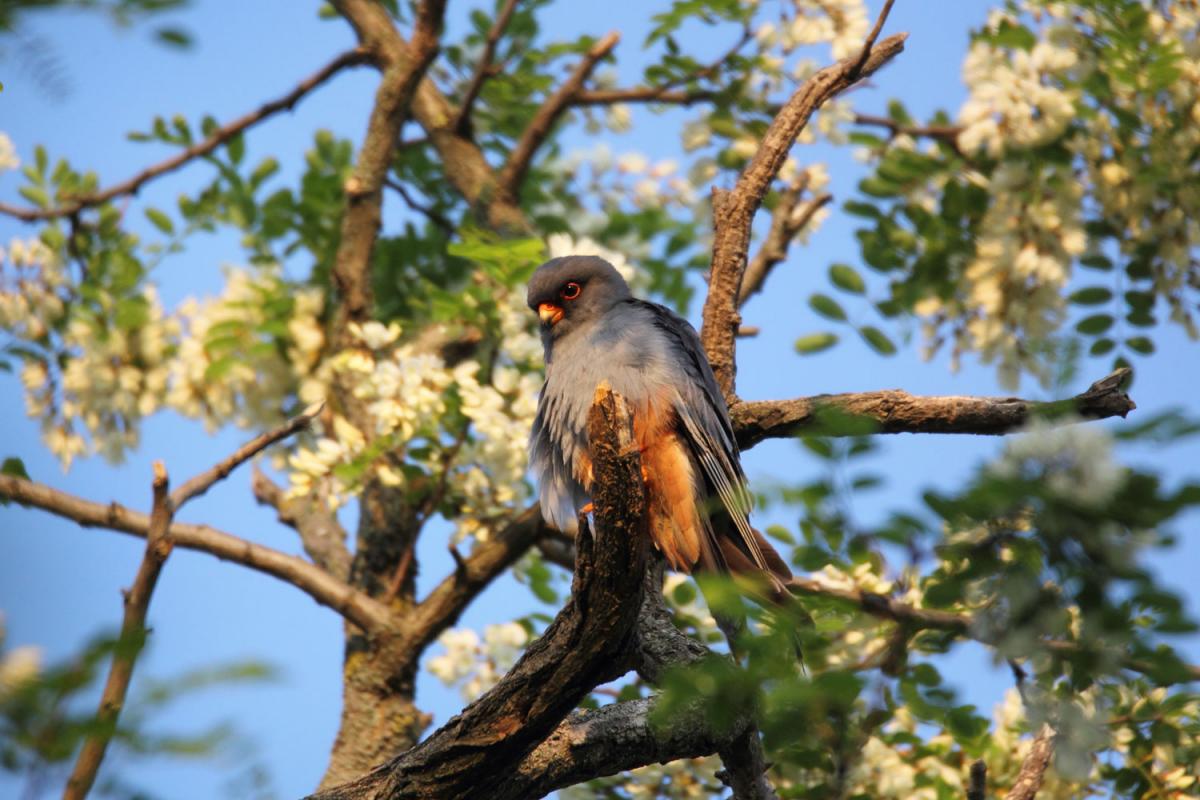 The colonial red-footed falcons are an important part of the local fauna (Photo: Zoltán Oláh).

The local population of great bustards is significant and their protection is a high priority. These birds are threatened by mechanized clipping and predators. They are typical on the alternating mosaics of grasslands and arable land. 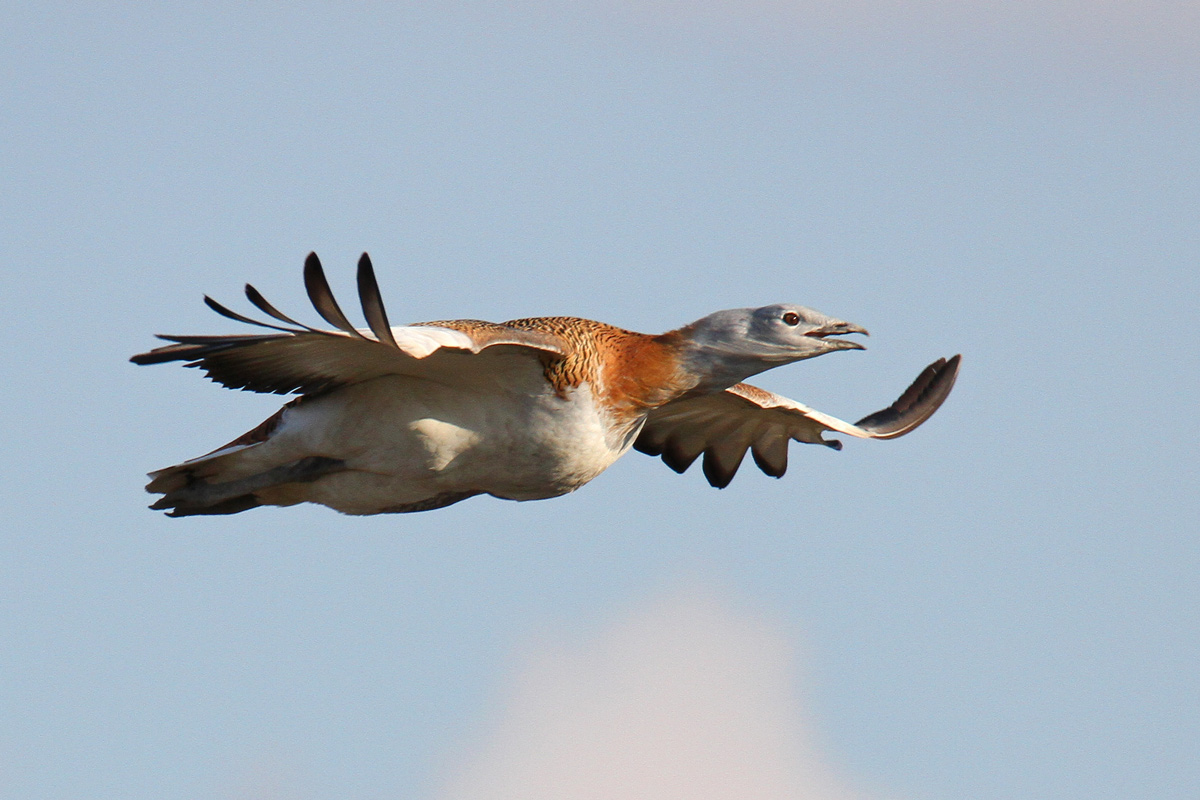 The area has a significant population of great bustards (Photo: Zoltán Oláh). 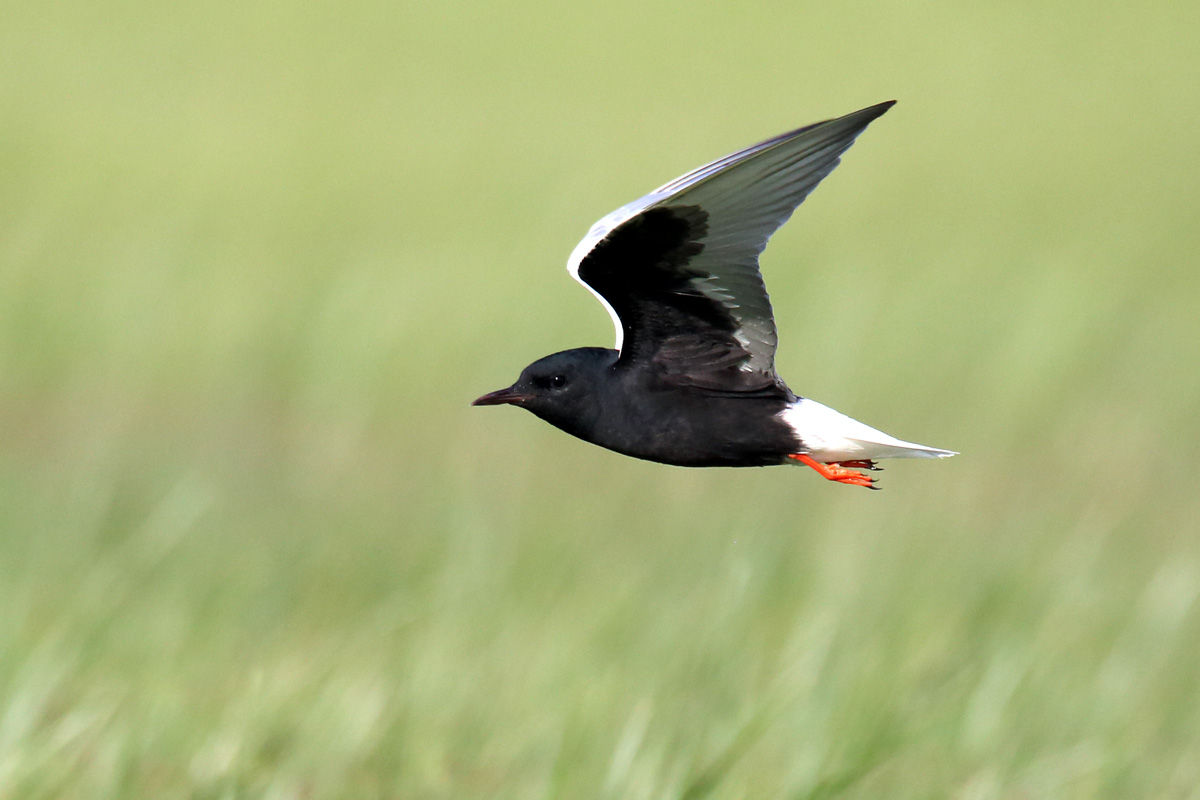 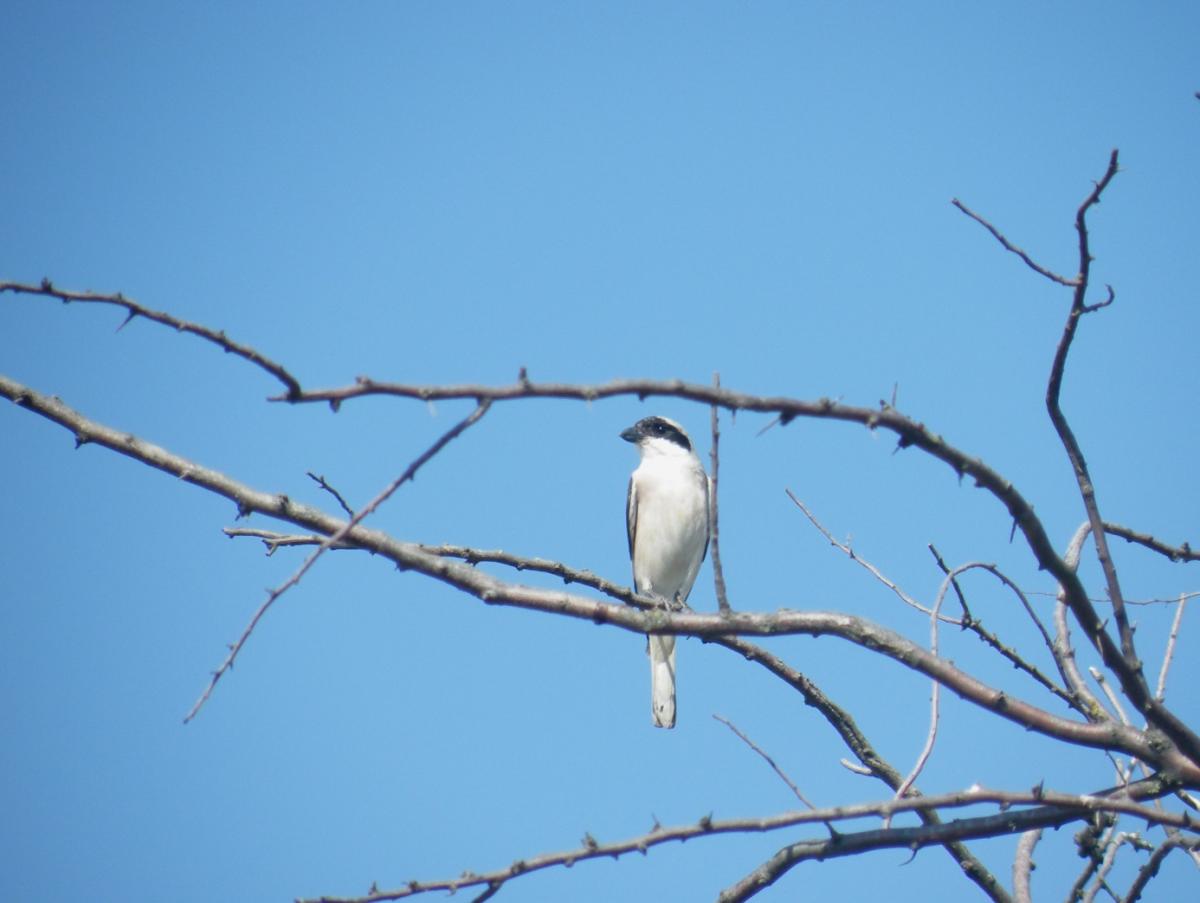 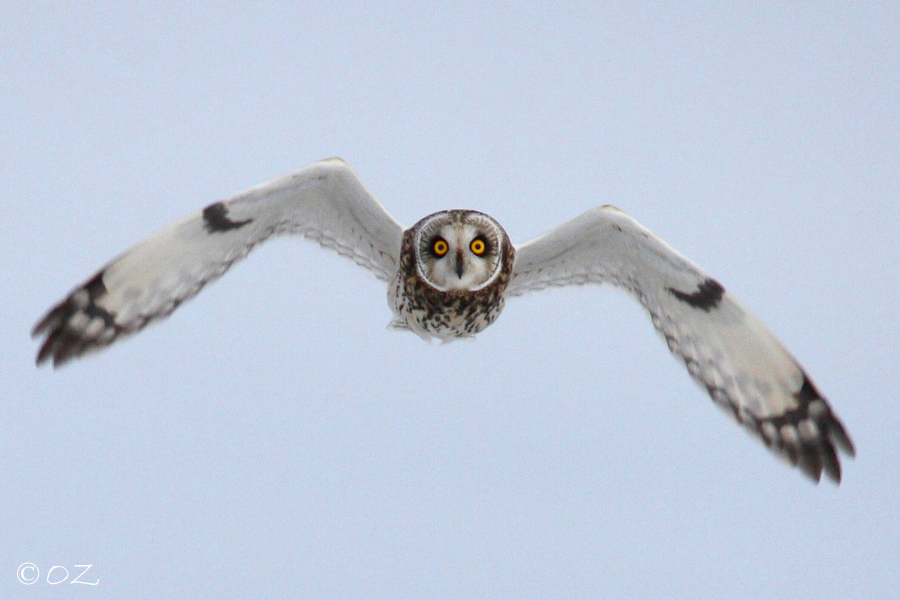 In some parts of the puszta, there is a chance to spot short-eared owls (Photo: Zoltán Oláh). 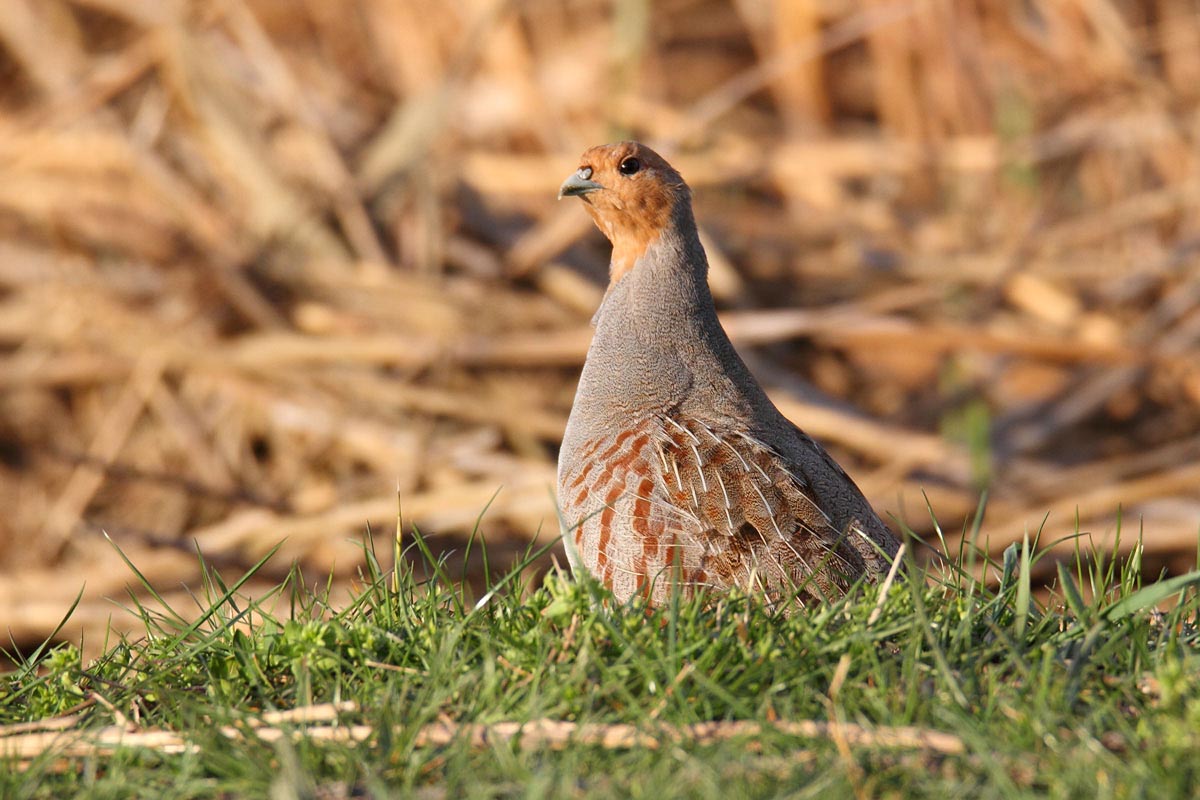 The partridge still breeds here, although its populations are decreasing (Photo: Zoltán Oláh).

In winter,  twites (Carduelis flavirostris), snow buntings (Plectrophenax nivalis), and occasionally even Lapland longspurs  (Calcarius lapponicus) can be spotted in the puszta. 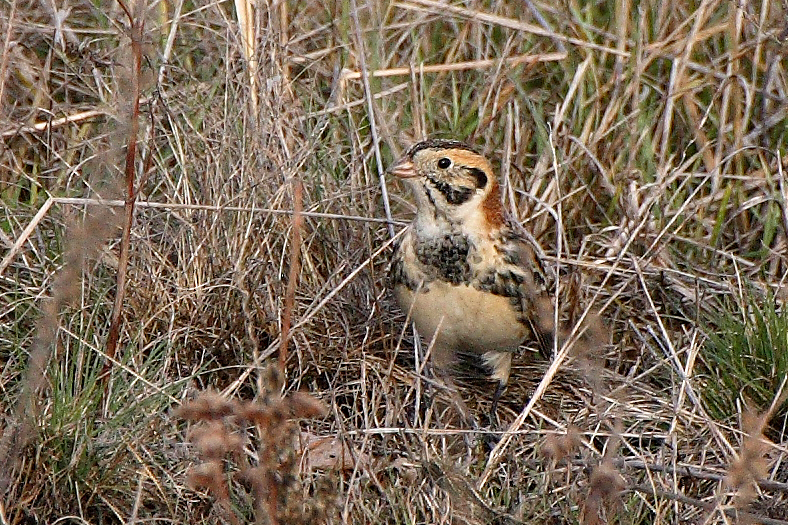 The Lapland longspur is a 'winter treat' for bird watchers (Photo: Zoltán Oláh)

As for the mammal fauna, several bat species regions occur here that are otherwise typical of the mountainous regions. The bat populations that winter in the caves of the Királyerdő, and the Bihar mountain some 70-80 km away find perfect breeding grounds on the plains. Possibly the largest Hungarian population of the greater horseshoe bat (Rhinolophus ferrumequinum) lives here. The Geoffroy's bat (Myotis emarginatus) and the grey long-eared bat (Plecotus austriacus) also occurs here.

The most serious threat to the local habitats is the disappearance of grazing livestock and extensive animal husbandry. It is important to preserve both the local bird fauna as well as their habitats. This can only be achieved by the combination of appropriate regulation, habitat development and protection.