The number of rollers has drastically decreased throughout Europe, and the species has disappeared from many Western European countries. The population within the Carpathian Basin is relatively stable which makes its protection all the more important with regards to the future of the species within the European Union. Since the roller is a long-distance migrant (with wintering grounds located south of the Sahara), the protection of the breeding grounds only is inadequate for safeguarding the species. International collaboration is essential for the maintenance of the wintering, and the breeding sites, as well as the migration routes. To make collaboration easier a Species Action Plan was created, and approved by all countries involved. BirdLife Hungary (MME) and the Kiskunság National Park Directorate organized an international conference for the roller experts of the world in Kecskemét, between 19-21 January 2017. The conference was implemented within the framework of the LIFE+  project titled ’The conservation of the European roller within the Carpathian Basin’, and targeted the revision of the first International Species Protection Plan from 2008. Wintering roller with a zebra in the background (Photo: Gergő Halmos).

80 participants represented 27 countries at the conference. It was important to bring together experts from the European breeding grounds, as well as from countries along the migration route (such as Cyprus and Israel) and from the wintering grounds (such as Kenya and South Africa). 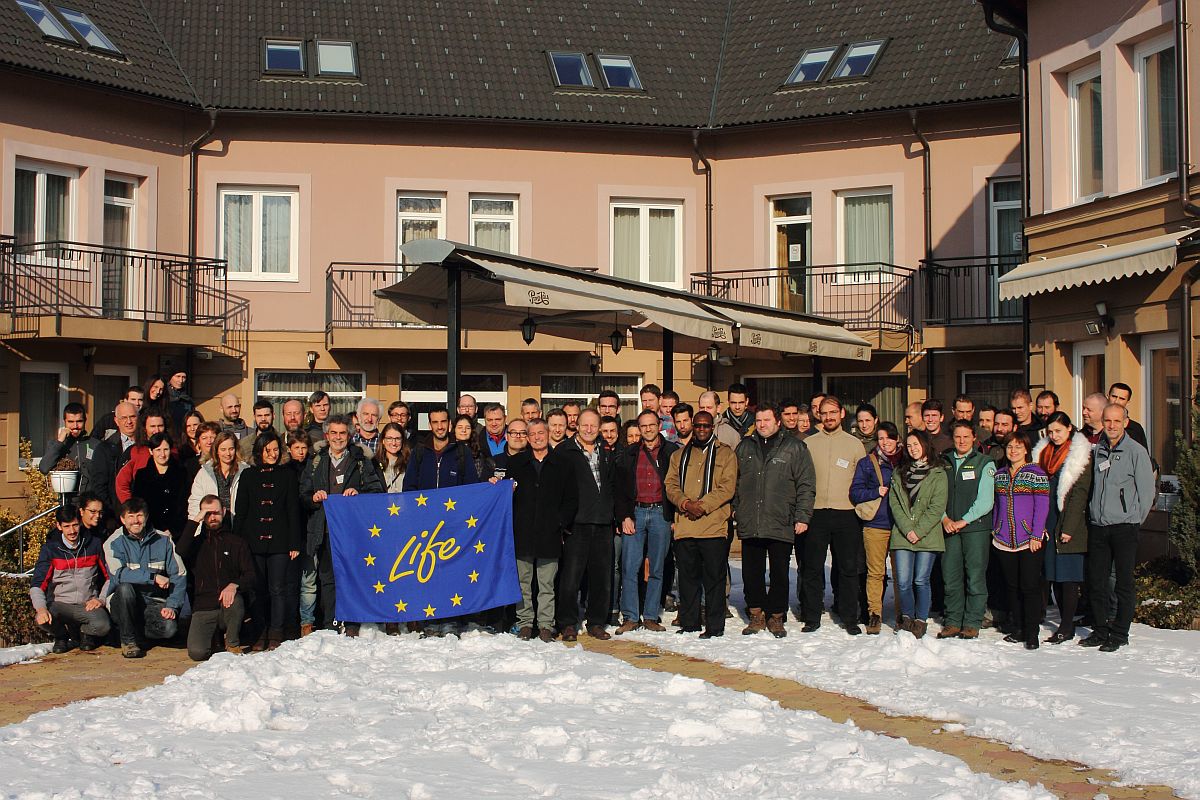 The participants of the conference (Photo: Zsolt Ampovics).

The rollers only spend four months in Europe each year so most of their time is spent on the spring, and autumn migration, as well as on the African wintering grounds. The over ten thousand kilometre long return journey presents the birds with many difficulties such as illegal hunting, the degradation of stopover and wintering grounds, food shortage and climate change just to name a few. The birds face further problems upon arrival at the shrinking breeding sites: overly used chemicals causing food shortage, the lack of nesting sites, electrocution by power lines, and habitat degradation caused by intensive agricultural practices.