Roller ringing in the Upper Kiskunság

The Budapest  local group of BirdLife Hungary had  organized it’s public roller ringing demonstration event again this year. More than 100 artificial nest boxes were checked in the Upper Kiskunság before the event. 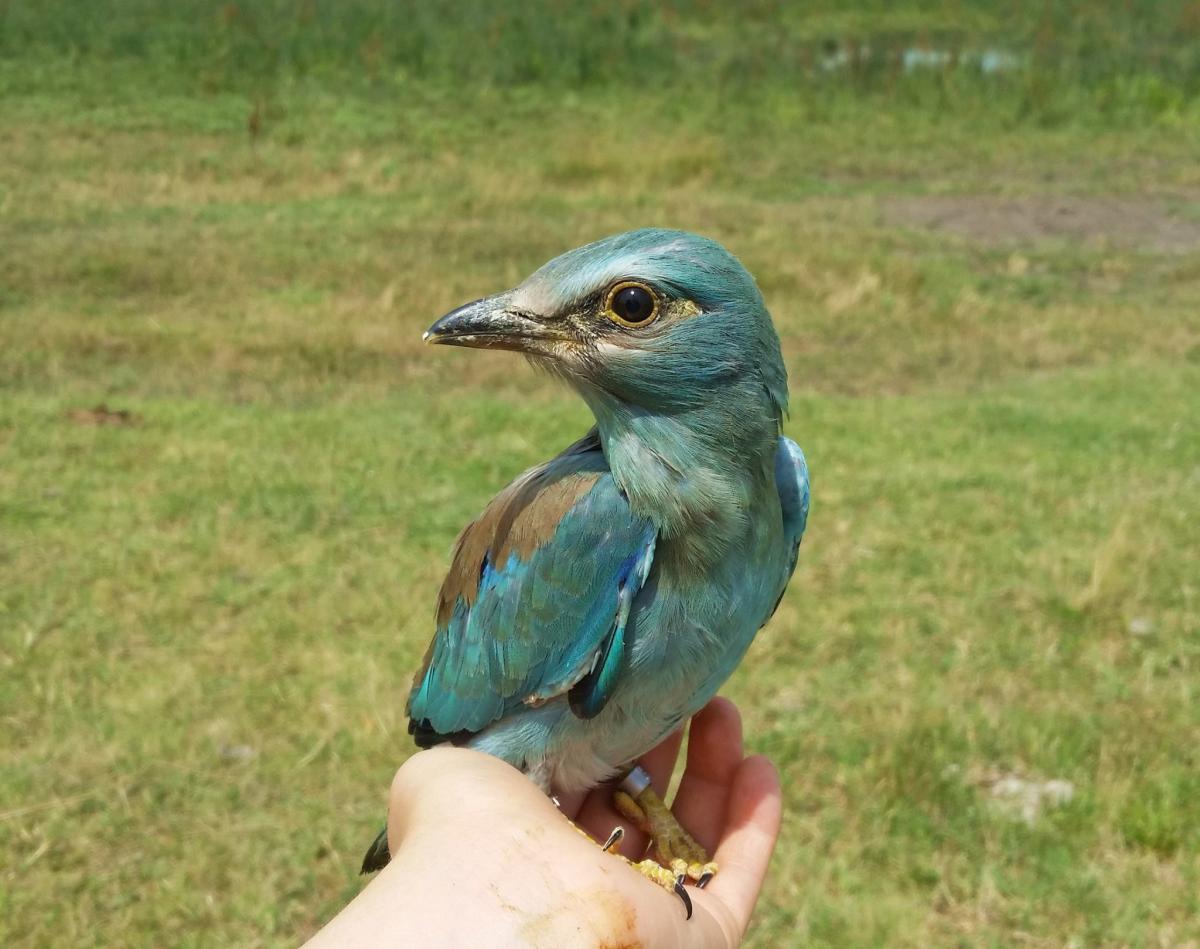 According to the results, 58-60 pairs were active in the region this year, of which 50 pairs bred in the nest boxes provided by the Budapest local group. The age of the broods varied a lot from nest to nest, some of the nests contained fledglings, whilst in others the female was still incubating the eggs.

The public event was frequented by 50 visitors. We checked 6 nest boxes of which the first one provided us with 3 chicks at an appropriate age for ringing. In a nearby nest box, however the whole brood died for some reason. The third stop yielded 20-day-old nestling, whilst the 4th box hid an unexpected surprise as it was occupied by 10-day –old hoopoe chicks. During the course of the morning, we found roller chicks of different ages, thus allowing us to demonstrate several stages of the ‘nestling cycle’. 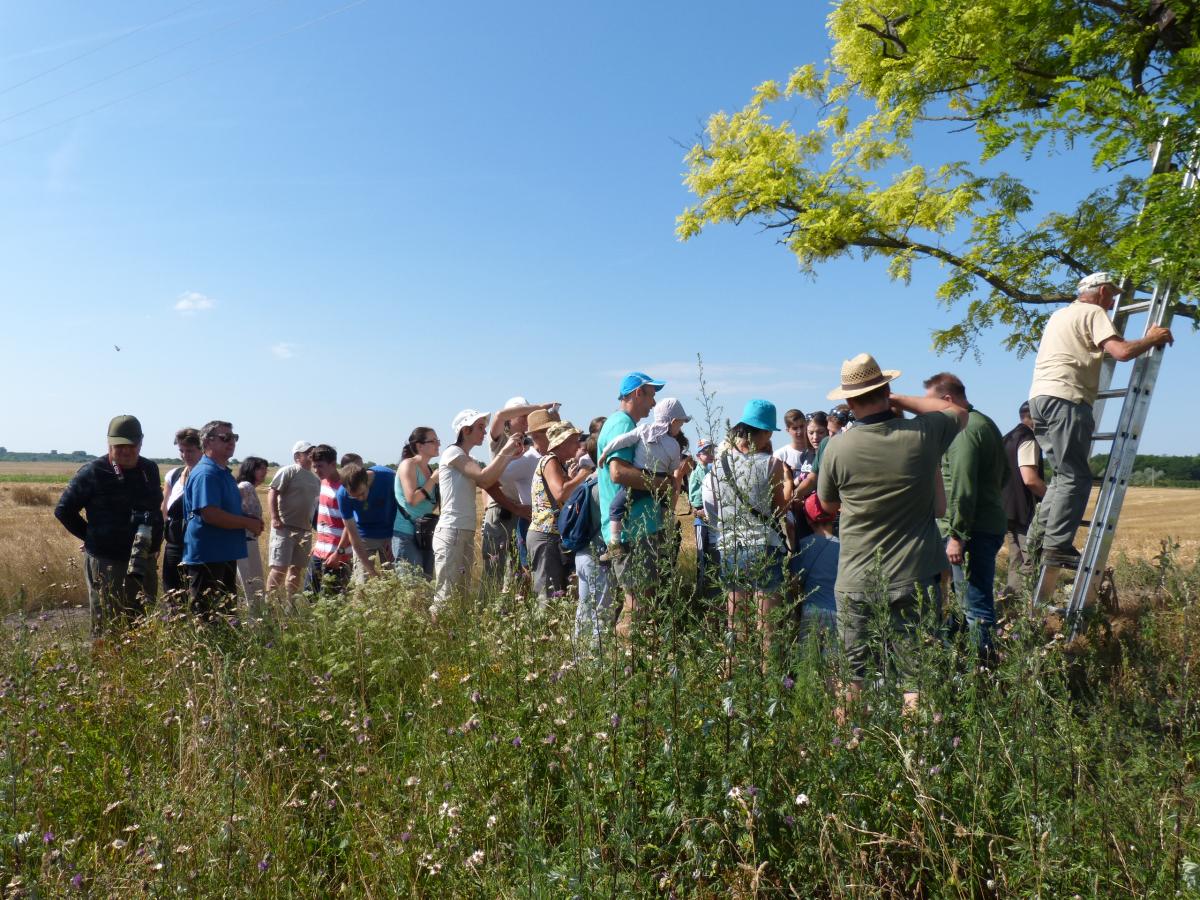 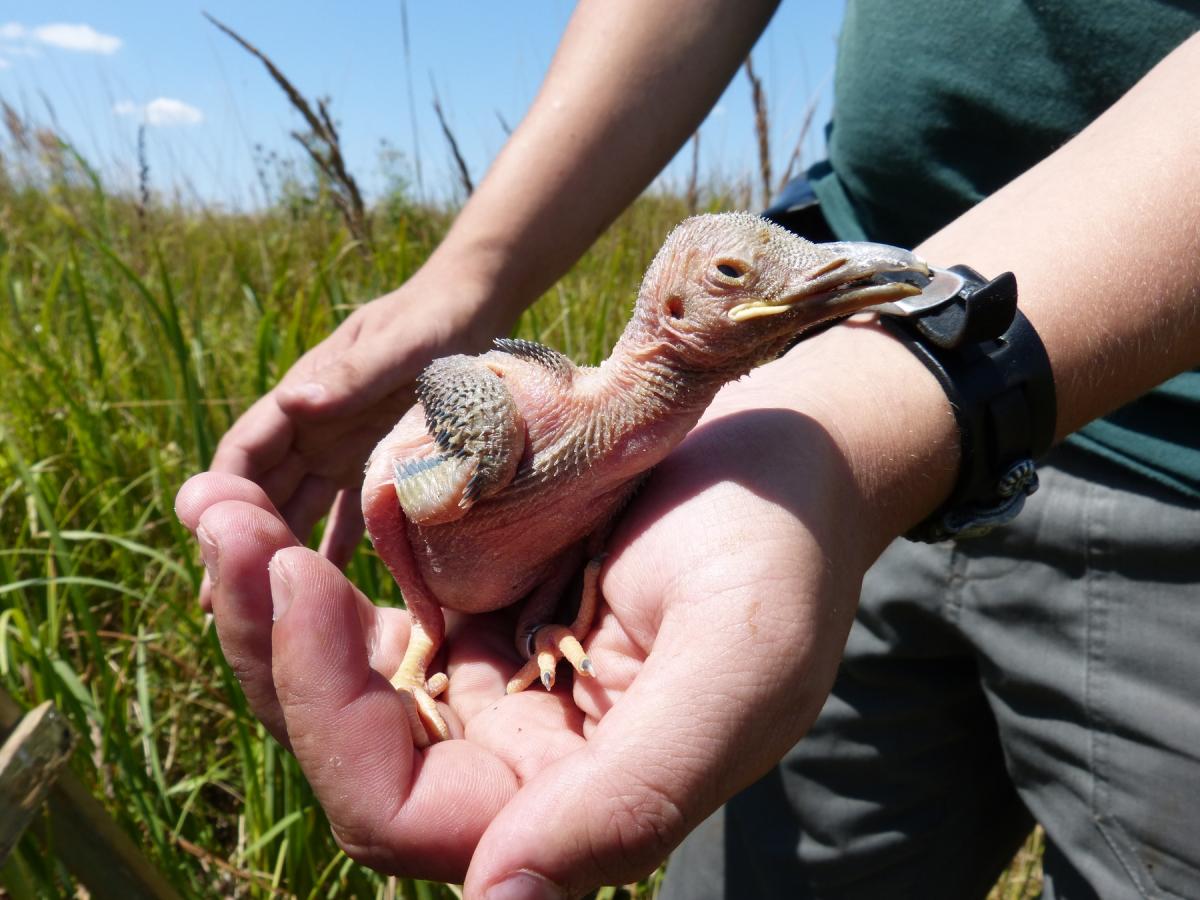 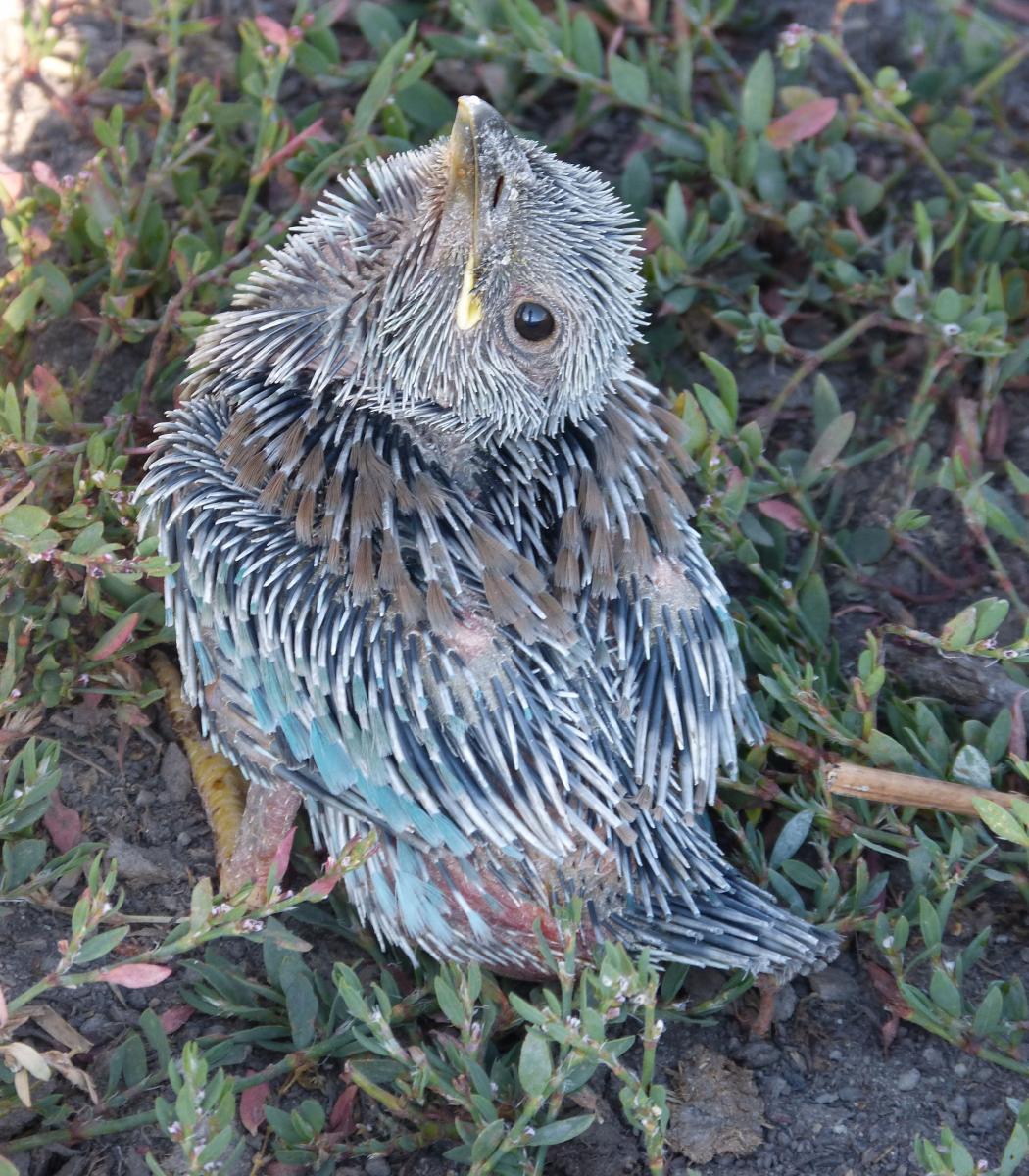 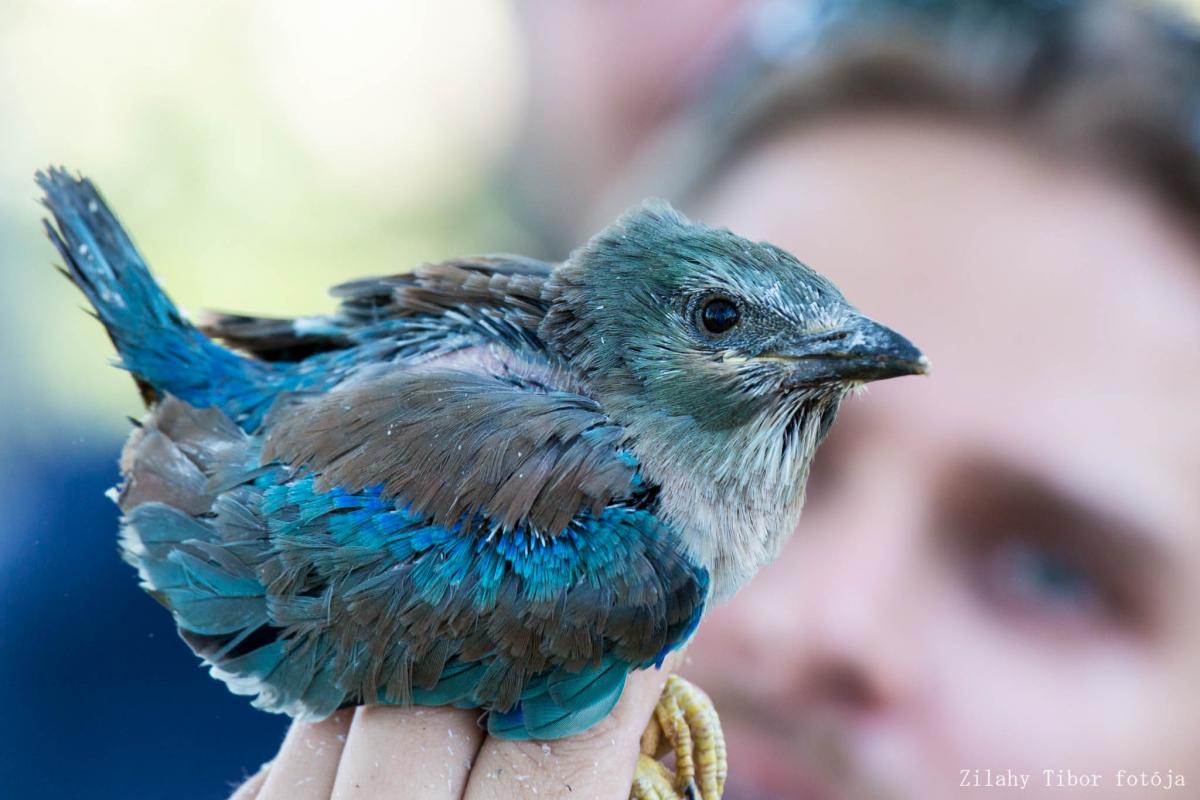 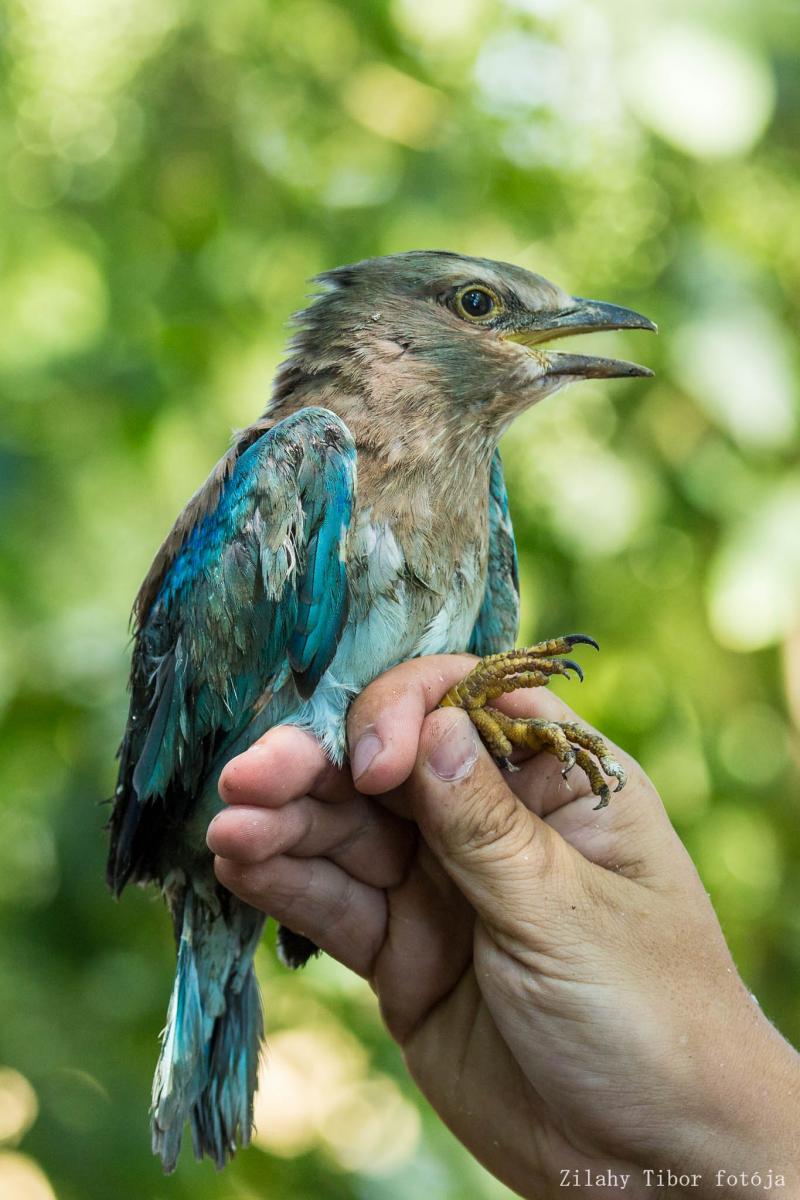 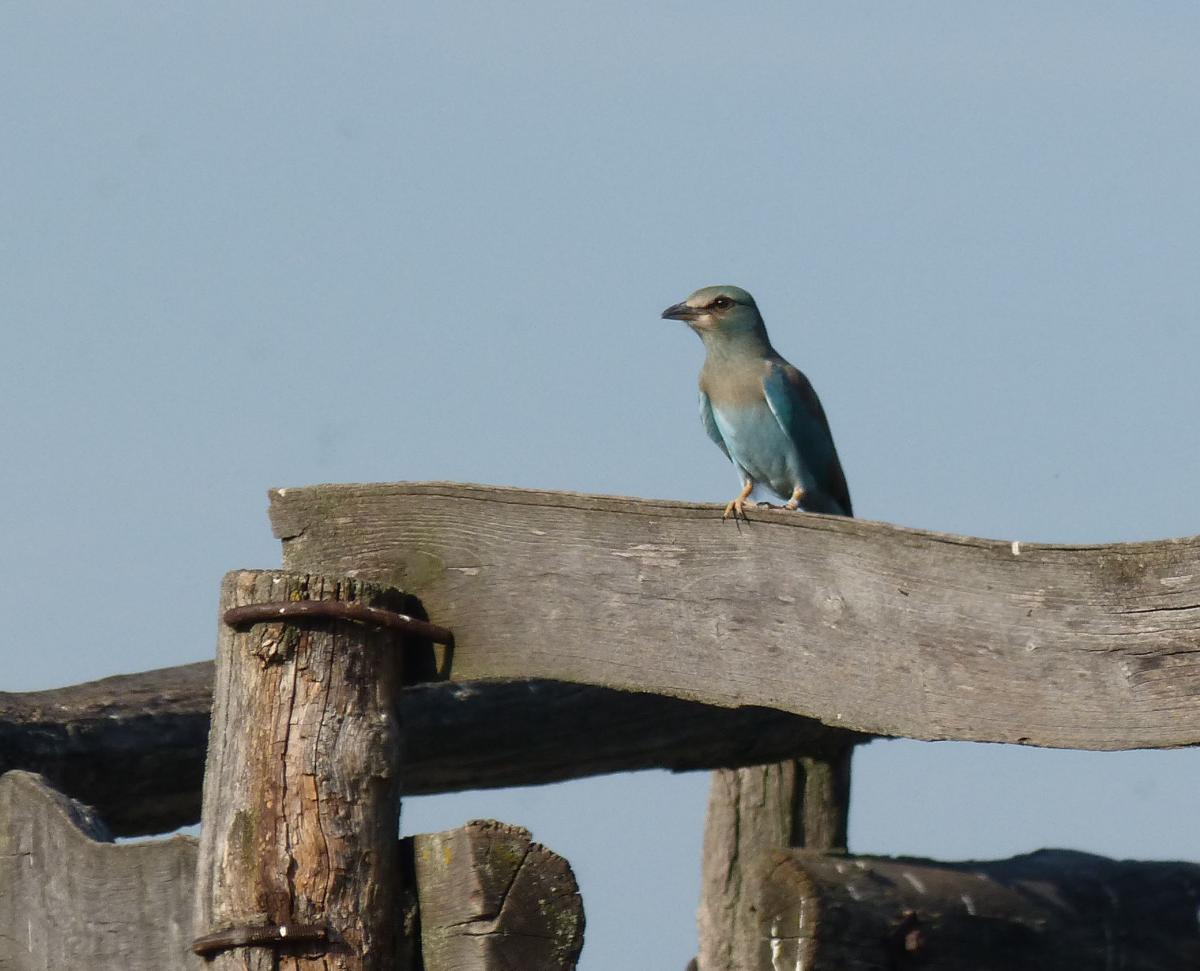 A young bird in the vicinity of Apaj (Photo: Katalin Balogh). 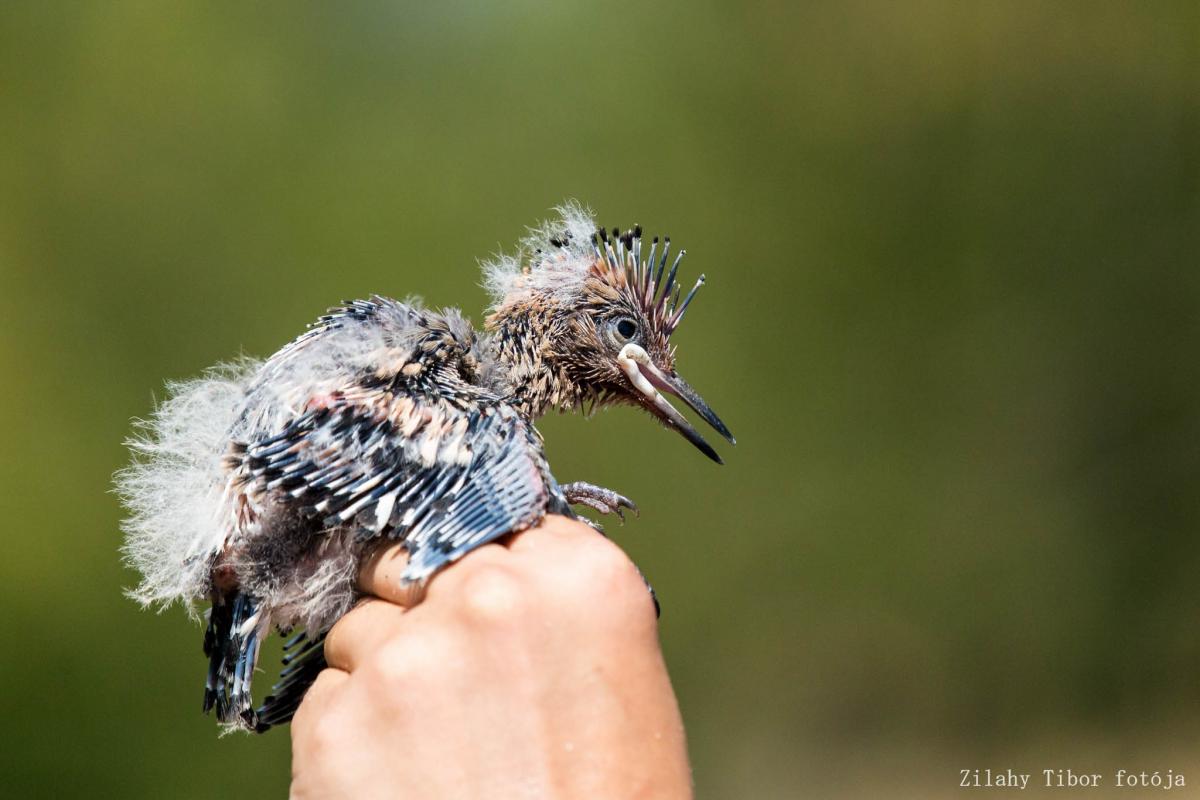